Hate is a very strong word, but I have to use it for the people who consider themselves as readers and also go on expressing their views regarding something without even analyzing the depth behind what they’re saying and what they’re not saying. 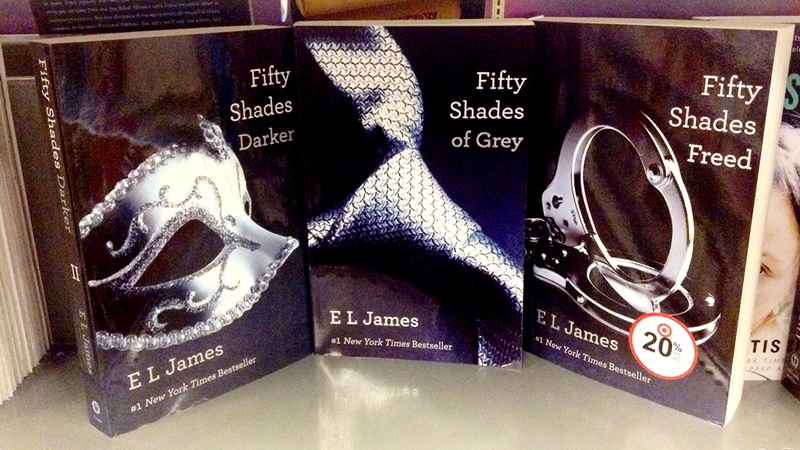 Since the time I came across this fifty shades books, there are only two things I noticed. One, I saw people reading it. Too many people were reading the books and talking about them. Two, a large part of those readers hated the book. So much that they immediately bought the other two books in the trilogy and hated them too.

Can you see how absurd that seems? If you hated a book so much that you couldn’t bear to keep it inside and poured your hatred all over the internet, why did you even buy the next two books? Why do you even plan to read them? Why are you even talking about them? Just to criticize them?

I have spent a long time trying to figure out what’s really wrong with this trilogy. I analyzed conversations on Twitter, comments on booktube channels that reviewed fifty shades books. And one day I directly asked a question to many about why so much criticism for these books?

They said the trilogy doesn’t have a story. Okay. It promotes sexual violence. Okay. It doesn’t even meet the standards of an erotica. Okay. Is that all? Maybe. If you think there’s another reason why people hate fifty shades trilogy, let me know.

But for now, I am considering these points. Well, I agree the first book covers very less when it comes to story. The focus on characters was less and it was nothing but an erotica with almost no story. But that was the first book.

I wonder how many people even read the second book before considering the entire trilogy a big FAIL. If you haven’t read the second book, I must tell you that it is far better than the first and is fantastic in all aspects. It does justice to the genre, story and characters. It is a good read. But still, I get amazed by the audacity of people who speak but without actually confirming the facts. I mean, you can just say you didn’t like the first book!

About promoting sexual violence, seriously? I thought such a shit was only said in India. No one writes a fiction in order to promote a cause through the writing. How can you just infer that from the book’s story? In such a way, every single book that has been written so far is promoting something negative. You name the book and I will tell you what bad thing it promotes? But that’s just a perspective. Someone’s perspective. Maybe YOUR perspective. Who gives you the right to present it as a fact?

About not meeting standards of erotica, well, I haven’t read hundreds of books in the genre to be able to properly comment on the issue. How many books have you read in the genre? Do you think you’re qualified enough as a reader to again present this thing as a fact? Or are you a part of some committee which decides the standards of a genre?

Expressing your views is one thing and criticizing something without analyzing it in an unbiased manner is another horrific thing. Why do people even do that? Just to buy some attention? Well, there are better ways to do that than saying harsh words about something you haven’t even put much thought on.

Didn’t you like fifty shades trilogy? Say it. Say it THAT YOU DIDN’T LIKE IT. Tell others why you didn’t like it. But don’t just pass an opinion on the book as if you’re the judge and what you say is always the truth. Don’t say it as if your opinion is the only one that must be counted and that holds the truth.

Omitting just a few words like I think this book is so and so makes your words seem harsh. Moreover, it shows how much you respect the thing what you love – Reading. If you really love reading, you won’t go and spoil other’s mindset by presenting your views as the so-called “universal truth”. You would understand the importance of broadcasting your words on social media. You would learn to differentiate between passing a review or just a quick naive opinion. You would learn to respect books.