I love doing reviews. Not because I think my opinion is important but because I think they’re a brilliant way to record your viewpoint about a particular thing. Don’t you find it amazing to have a chance to look back and see what exactly you thought about something or someone a year back? I do.

Now that I am officially into 2016 (January was just a trial month), I think it would be a great start to just review my year 2015 and see what worked for me and what didn’t. Also, what learning I gathered from the major events in my life of 2015.

Waiting for the joining date

If you don’t already know, I am an engineering graduate, and I did manage to get placed in a couple of MNCs. 2015 began with waiting for a joining date and the turmoil of choosing between the companies, none of which offered me the profiles I wanted. Also, I had a particular minimum amount of salary I longed for myself and the amount those companies offered me was way lesser than that.

It became tougher day by day. The thought of being a failure (even after achieving some success according to others) started giving me nightmares. The thought of stepping into a situation where I was going to feel stuck and defeated trailed me. It wasn’t good.

With those terrible thoughts, I had to focus on something else to survive. So, I focused on Finix Post. I started writing more posts; I started going out to some events to meet new people, and that introduced me to some more projects, specifically Startup Champ. After a while, I started working on it.

I was enjoying the company of some new friends. But you know the thing about me is that I trust people too easily. And the bigger issue is not everyone deserves to be trusted. Some people are just jerks.

When I say I got some new projects, I got a lot of new projects. But a lot of such people were just playing the mediocre game of throwing the barter system ball and let a “novice” like me do all the work while they reap the benefits. With those passing months, I realized the importance of what I knew and its real worth. And hence, those people had to leave. While the good ones (Startup Champ) stayed. 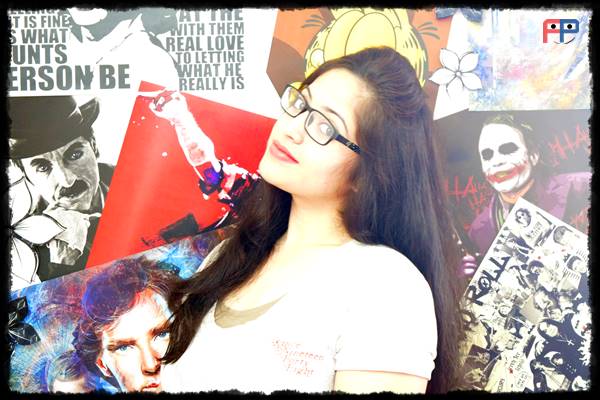 New events happened, but that feeling of being a loser just didn’t leave. I had to do something about it. “So what if I am unsatisfied with the kind of job offers I got! I will find a way to just not go for those offers.” I started looking.

That fear of social acceptance brought me to this idea – civil services preparation. While I dreamed of becoming a business woman since 7th standard, my parents dreamed of me becoming a servant (Civil servant, of course). Feeling of being a loser makes you weak and therefore, I gave up.

I accepted my parents’ wish of preparing for civil services exam and convinced myself on how sweet such a thing is. I spent quite a lot of money in buying books. I even tried to study. But just couldn’t. Can you imagine? The girl who loves to read and read couldn’t study. Not because it wasn’t interesting enough but because I just didn’t want that for myself.

Do you know what I do when I am unhappy? I eat. I eat a lot. And all this lead me to gain ten kgs. As a result, I couldn’t fit in any clothes I had. I had no clothes except for some filthy nightwear. I stopped going out. I stayed at home and ate even more. And seeing myself getting fatter just added to my sadness.

Moving back to home

In the middle of the year 2015, the worst time came. I was fat. I lost all the projects I had (almost). I had no clothes to wear. I had no money to eat or pay the rent. I had no job. I had no will to prepare for civil services. I had no will to live. But then, I am not the one who gives up so quickly.

Feeling dejected, I decided to move back home. What if I failed at everything I had wanted to do? There was still one thing left that I could do – to make my parents feel happy. They missed me a lot, and they wanted to be with me. And so I went there in hopes of making them feel better with my presence.

My mom was astonished to see my size. Anyone would be. And she decided to take up the role of my mentor once again. I joined a gym. And just a couple of days after, I got my projects back. Can you imagine? The same old plans which left me devastated and almost bankrupt were again there for me. I was scared. What if I ended up in the same situation?

But those were the only things that sparked interest in me. I wanted to work on them. So, I thought of giving myself some time and just work on them without worrying about my future. That’s exactly what I did. And that’s what I am doing even in 2016.

About weight, gymming wasn’t easy. Losing weight is a herculean task, especially when you’re a foodie. I spent me first few earnings on buying workout clothes, protein and supplements and healthy food. I even had a giant German shepherd who had to be fed. Don’t ask me why I had no savings by the end of 2015. Health and dogs are costly investments!

Moving to Delhi and stepping into 2016

Gradually, I made peace with the fact that I couldn’t accomplish some things in the year 2015. They were more like an after effect of 2014. And I realized it was impossible to live happily until I just accept what happened and move on. I started working on my future, and that brought me to a new city with new difficulties and new areas to conquer.

My learnings from the year 2015

On a macro level, the year 2015 was everything bad. And trust me, I stayed on the other side for quite a long time. I kept feeling sorry. I kept shedding tears that brought me nothing but more sadness. It kept going on for months. But then, I decided I had had enough. So, I did something about it rather than just crying about it. That’s when everything changed.

It’s important that you take some time to analyze the reason behind the ‘bad’, note down your learnings and move on. That’s the only and the best thing you can do for yourself.

Life is all about meeting new people and learning new things. Bad people may make you feel annoyed and angry. But they teach you a lot. For example, one of the many jerks I met in 2015 made me realize how offering my time for free to others was just not good. He made me understand how I should be focusing more on what I believe in, rather on what others believe in. He pushed me to work on my dreams, rather than on others’.

If you don’t meet bad people in your life, you will miss a lot of valuable lessons. So, thank God for making you meet some jerks. Those are just angels in disguise (and after all even Lucifer was an angel 😛 ) 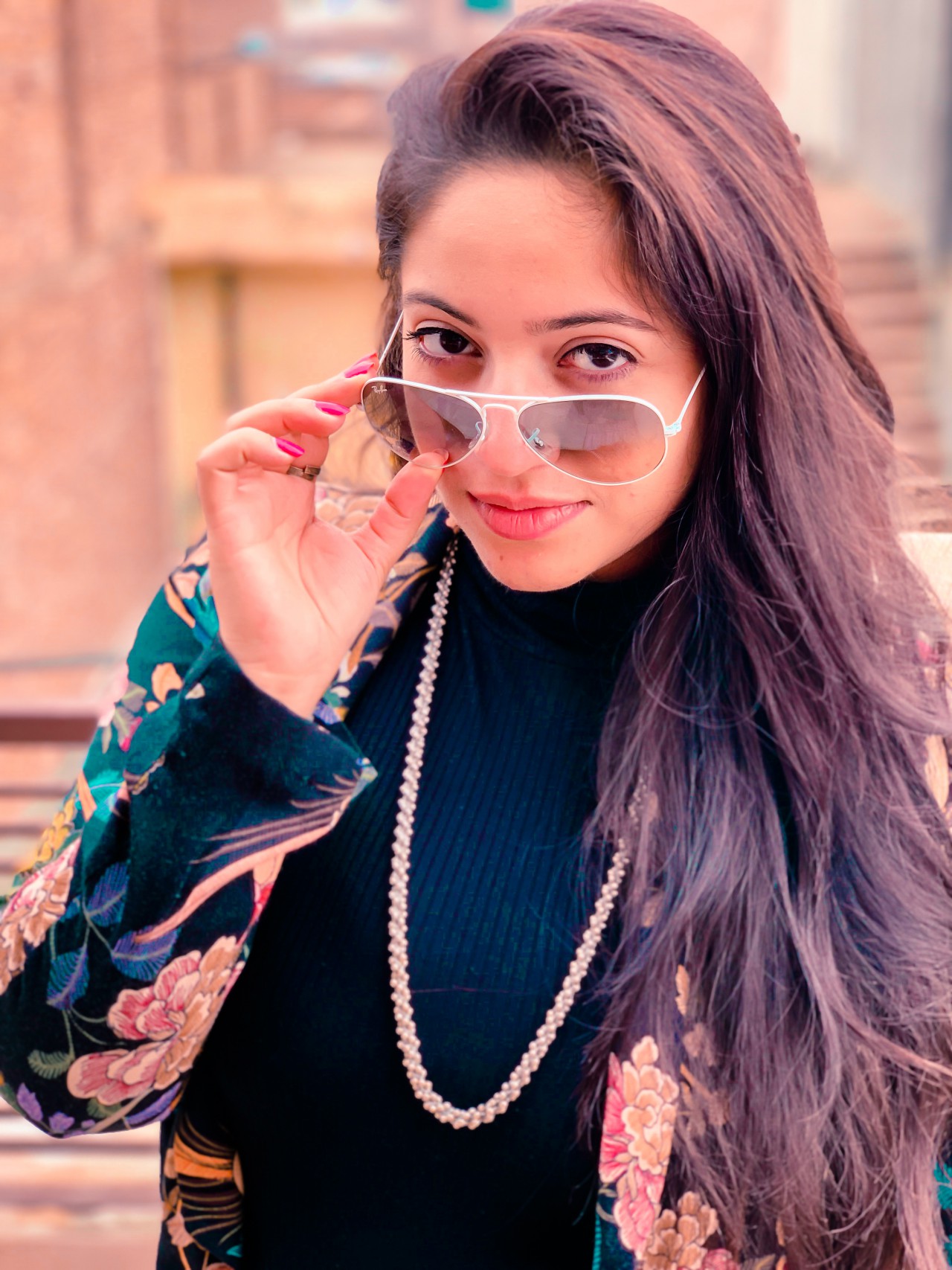 Is there something horrible happening to you? Be thankful. You’re being prepared to experience real things. Not getting a job in my dream company made me work for myself. And I bet every person who goes on a 9 to 5 job is bound to feel jealous of the kind of work culture I enjoy. I work anytime I want, and anywhere I want (and in most cases, earn much more than them).

It is impossible to see every wrong thing through the lens of “goodness” but just know that it’s happening for a greater good.

Moving back to my parents’ house wasn’t a pleasant thing. I just didn’t like the city anymore. It aggravated the situation of me feeling dejected. But why did it happen? Because when I lost all my projects I had no savings at all. I get lots of money, and I spend at even faster pace. And I never listened when my mom tried to teach me about saving money.

But now that I have seen the consequences, I am ready to sleep without the classy comforter I am drooling over; just to make sure I have enough money in my rainy day fund. Be prepared. Always have at least two months’ of your income saved for those unfortunate times when you lose your job or just don’t get paid.

Most of you would say that it’s just my way of getting over the fact that I failed to achieve my goals. No. I sat back and thought what I wanted to be. Did I want a job? I never did until I entered college and met some mean “shadows/best friends” and decided to follow them. I always wanted to work on my own, start my own business and be my boss (which isn’t practically possible. Ask me why & I will write a post about it).

It is very likely that your choices and goals will get affected by peer pressure. Don’t give in! What you want for yourself is the best thing for you, no matter what they say.

It took me lots of research on weight loss, healthy diet and the correct way to exercise to get my body from fat saving mode to fat burning mode. And it took a lot of money too. All of it could have been saved, had I not been fat. So, don’t get fat!

The worst thing that I did for myself in 2015 was worry too much about my future. What if I don’t join any job and keep blogging! Is there a future in blogging? What if I lose all the income sources and am not able to earn money online anymore? How will I survive?

And trust me! You don’t want the list of negative thoughts that dwelled in my mind, and they made my situation worse. Until one day, I decided to chuck them out. You should do that too. And that’s the advice of your good wisher.

This got long. I wanted to write a quick post on what I learned from the year 2015, but I think explaining my learnings without telling you what all happened would have been a trivial thing. Everything I learned has been written here just in hope of it helping you in your life. It wasn’t easy to share what a failure I have been in a previous year, but if this saves you from some misery, I am happy to do it.

With this, I end this post and would love it if you spare some time to comment below with your thoughts on this article. I am not expecting everyone to say, but just a few of you who cared enough to read this!