Do you know that Human Trafficking is the third largest crime industry in the world, behind drug dealing and arms trafficking, and is the fastest growing activity of trans-national criminal organizations?

Trafficked Innocence by Sandesh Raj explores the sensitive topic of human trafficking and slavery in an urban setting of 3 major Indian metropolitan cities. Through this book, the author has tried to shed some light on the dark side of the Indian society and crimes that fester in plain sight. 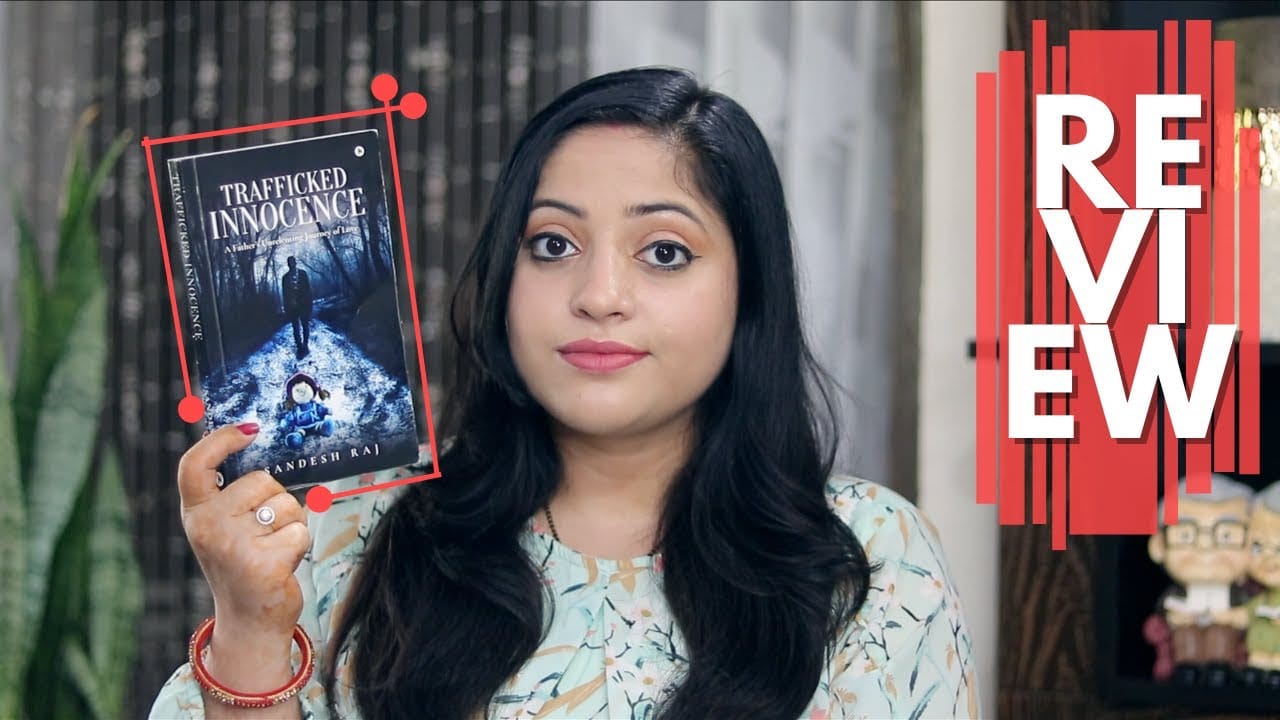 The story revolves around Abhishek who is a dedicated family man and supposedly living a happy life, until one day, when his 14 months old daughter ‘Munni’ goes missing from a Railway Station. Soon after that, he is informed that his daughter could be a victim of human trafficking, and hence Abhishek, and the readers are introduced to the cruel and unforgiving world of Human Trafficking, smuggling and slavery.

Dealing with his wife, a grieving mother who’s lost her child, and realizing how deep the corruption goes within the industry, Abhishek starts his own investigation into the matter. His endeavor leads him from a small town Ghatsila to the giant metropolitans of Kolkata, Delhi and Mumbai.

Along the way he meets many people – smugglers, pimps, corrupt politicians, and other victims of this gruesome crime industry; gets an experience of life in the red-light areas and brothels, gets into fight with goons and criminals and tries to save some victims.

He also meets and gets assistance from activists who are trying to help women and children that are forced into this industry and are trying to get out.

Now, whether abhishek’s efforts will help him find his beloved daughter OR the ruthless crime world mingled with corrupt and broken system will leave his world shattered forever, that’s for you to read and know.

In my opinion, the plot is simple but has some loose ends. The story that begins as a promising thriller in the first couple of pages, gradually loses its edge due to unpolished writing and weak storyline.

The author has tried to make the second half more emotions-centric where Abhishek meets a lot of people, and the reader is made to feel their pain and struggles in life – which I think is very creative on the author’s part, but he couldn’t exactly nail the balance between the main plot and the sub-plots, and the book transforms from a thriller into a tragic drama.

The ending itself has issues I want to point out but I can’t because of my no-spoiler book review policy.

The book is mostly plot and dialogue-driven, and the characters seems to be just a part of it.

Abhishek is the main protagonist. He is distressed but determined father who races against time to find his beloved daughter. He is a man of few words and emotions. You can SEE his struggle, pain, disgust and effort to find his daughter, but you cannot FEEL any of it. His character seems to be like a silent hero of an action-thriller movie – less talk more action – but he fails to connect with the reader. Most of his dialogues are just questions, and there are no introspective thoughts or feelings that can put life into his character.

I felt more connected to some of the other characters and their stories than I did with Abhishek.

Some of the other small characters that added to the plot in some way are:
Nandini – Abhishek’s wife, and a grieving mother who doesn’t have much contribution to the plot.
Shanti Bua – Abhishek’s orthodox and superstitious aunt who is rude, doesn’t care about girls and wants abhishek to have a son. She’s allegedly the reason why munni got lost at the railway station.
The thing with Nandini & Shanti Bua’s characters is even though they should’ve been important, their roles end in just a few pages in the beginning.
Bijoy Sirkar – A Bengali activist who runs an organization ‘Mukti’ that works to set women free from the red-light areas. He introduces Abhishek to the crime world of human trafficking through Asia’s biggest red-light area in Kolkata and uses his contacts to help him find ‘Munni’.
Rupa – Another of Bijoy’s contact in Mumbai – a trans woman who works with NGOs that work for upliftment of troubled kids and is a major asset for Abhishek in Mumbai.
Prakash Yadav – A local Mumbai cab-driver who helps Abhishek in his day-to-day life in Mumbai and gave him is own taxi to drive to help in his search.

Other small characters that may leave an impact on you but are hard to keep in mind are:
Vanya, Pinki, Pasha, Kartik, Hannah, Kalyani, Smita, Jamuna Tai, Heera. Some of these stories are interesting.

Most of these characters have small subplots in the main story and help to propel the plot forward in their own way.

Like I said earlier, some of these characters seem more interesting and express more than the protagonist.

But overall the character building is weak and the arcs do not complete.

The writing style of the author is very plain and simple. In my opinion, it’s his third book and yet, he’s still developing and trying to find his sweet-spot. The book was mostly dialogue driven, with Abhishek asking questions and other characters answering or telling their long stories in a monologue.

I feel like the writing works at some places while at some places it dragged a lot. The thing that I liked about his writing is that he tried to add local flavors to the book like when he was in Calcutta, he tried adding a lot of local Bengali touch. The conversations were in Bengali which he had also explained in English. Same in Delhi and Mumbai. That gave me as a reader a dive into the local culture and languages.

Another thing I liked was the way he has explained human trafficking industry and the way the red light areas and brothels and all these crime hubs work. It seems like the author has done his homework in a very detailed manner.

And also, in some scene cuts, he has added some really witty lines. Imagine you’re watching a movie of this story… those small cuts he put at end would make a nice difference to the overall impression of the story. So, I liked that very much.

Overall, I feel like the author had a plot outline in the mind but then he drifted towards the emotional angle and tried to shed some light on social evils and tried to make the reader see the malevolent world of human trafficking and slavery through his lens. In a way he succeeded in doing that, but in the process the main storyline also drifted from an interesting thriller to a social commentary and drama.

Add to it the fact that the writing still needs a lot of polishing, the characters failed to make an impact and the overall appeal of the book really felt a big blow because of that.

I think the very beginners who want to dip their toes in mystery and crime genre based around this subject could like this book but the topic itself could be triggering to some people. So, keep that in mind.