A cryptic message received from space has put the planet on high alert? Is it the final apocalypse that will destroy the Earth? Or would a mere treasure hunter be able to save the whole world?

Today, I’m reviewing and discussing The Vimana Transcripts by Vadhan. It’s a spoiler-free review of this book that combines Indian mythology, science fiction, and some good ol’ treasure hunt. 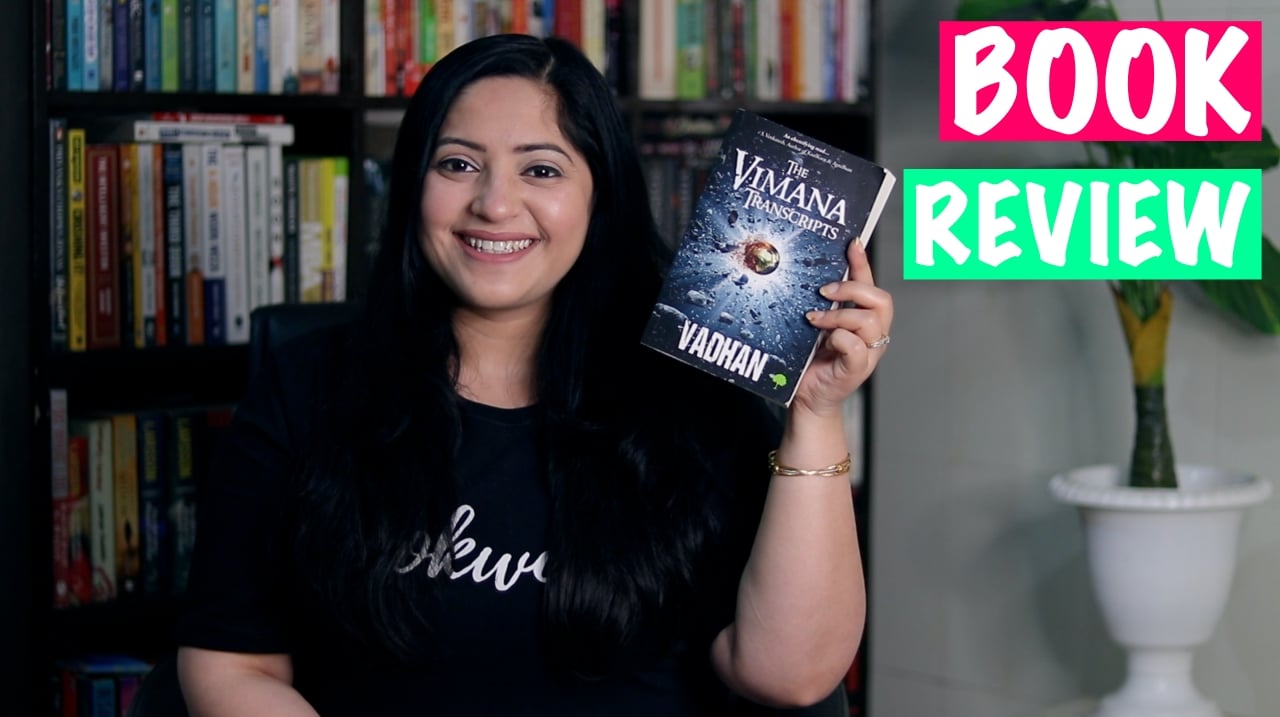 The author of this book writes under the pen name Vadhan. An avid reader and a lawyer by profession, his first book was Shatru – a prequel in a yet-to-be-released fantasy series.

Most of the author’s books have had an apocalyptic vibe to them.

His next book was Agniputr: When Agni First spoke which was very well received as a multi-genre thriller.

His 3rd book Fear of God is all set to be adapted into a Hindi movie. The book’s again a thriller with the slaughter of corrupt politicians going viral on social media & CBI trying to stop the vigilante killer from killing another person.

This book –  The Vimana Transcripts is his latest thriller. Find more about the book here.

The 358-page book is a fast-paced thriller novel that has a good amount of action, a lot of deciphering of ancient texts, visits to some historical places and temples in India, some politics and family drama.

The plot of The Vimana Transcripts is quite an elaborate one. Let me draw some examples here – most Indian thriller novels would have a story that’s equal to merely 50 pages of the book. Of course, according to my personal experience with thrillers so far.

This is the no 1 reason why I felt so thrilled about this book… it has a great captivating plot that has brought in multiple characters from multiple backgrounds along with an interesting storyline.

However, I have to say that there were a couple of things that I think could’ve been done better. For example –  Vik & Payal’s romance and the whole subplot involving Vik’s family just felt out of place.

The plot’s execution however is full of good dialogues, wonderful well-evolved writing, and some good humor as well.

Some of you may even find the whole premise of how a tatva – ‘a principle’ can save the world quite interesting.

The book begins with a bunch of scientists that receive a cryptic message from space. Each of the characters in the book is well-defined and works really well in this plot.

From Veda who is the chairman at ISRO to Payal – who emerges as one of the main characters in the plot, you feel pulled towards each of these characters because of how believable they’re.

Then there’s Vik and his team members – Carl, and George. Their diversity and backstory help you feel connected with them and you also have this Russian Mafia – Vasili with whom you will develop a love and hate relationship.

However, it’s the very character I found most interesting – Vasili who also leaves a lot of unresolved queries in my mind. The ending – that didn’t really fit with everything he had done. I think it was too simple… Vasili’s character arc and storyline just didn’t feel that consistent.

But I did enjoy the humor his character brings in later in the book and the lot of action we get to see because of him.

There’s also the Prime Minister and other global leaders in the book working to find a military solution for this problem. Again, super interesting combination of characters that also leave a deeper message on how political leaders work even in the situation of an apocalypse.

Well, it’s clear he’s not a newbie. This lawyer-turned-author has a very smooth writing style. This book can be read by beginners but any reader of Indian thriller novels would enjoy this. However, keep in mind the kind of thriller it is… it’s more like a sci-fi novel with a treasure hunt to save the world. And I would classify it as quite a light-read.

In the end, it’s actually simple to explain what the book is about but it’s the magic with good writing and plot execution that has pushed this book to one of my most favorite books of the year. You really can’t explain why… it’s just simply enjoyable and entertaining for those days when you want to read a nice thriller just to enjoy a weekend to its fullest.

Overall, I would say skip watching the latest Rock, Ryan & Gal movie if you haven’t wasted your time on it already and pick up this book – The Vimana Transcripts. This is the treasure hunt you will enjoy for it is filled with the right pinch of action, treasure hunting & thrill due to the upcoming apocalypse that making it a very enjoyable thriller.