The Rise Of Apple Inc.

From just a company founded by three guys to sell a hand-made “computer”, which was just an assembled circuit board, to a multinational corporation which now designs and develops personal computers, tablet computers, music players, smart-phones, and even their own OS for their computers and smart-phones, I must say that Apple Inc. has really made many heads turn over the years. Today, Apple is the world’s second largest IT company by revenue and world’s third largest mobile phone maker. Apple has 408 retail stores in 14 countries, as well as, an online Apple Store and iTunes Store which is the world’s largest music retailer. Apple is the world’s largest publicly traded corporation by market capitalization with an estimate value of US$ 415 billion, as of March 2013. In May 2013, Apple was ranked 6th in the Fortune 500 list of companies. 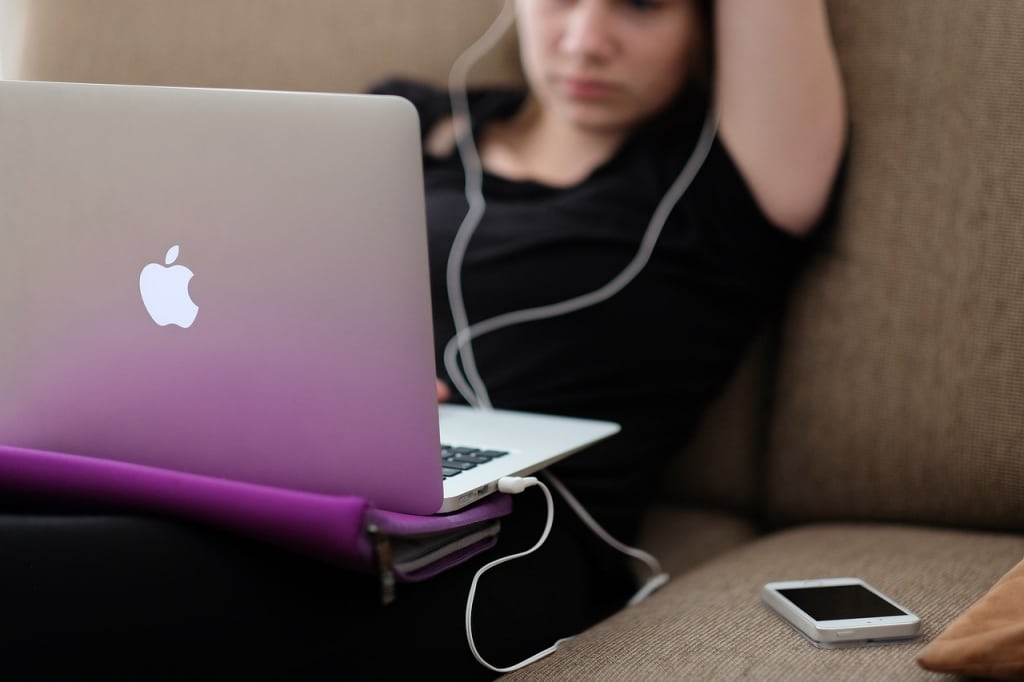 Apple was founded on April 1, 1976, by Steve Jobs, Steve Wozniak and Ronald Wayne and was incorporated on January 3, 1977, as Apple Computer, Inc. During its initial years, the company started slow. Despite of making the prototypes of Apple I and Apple II, they were unable to capture the eyes of the manufacturers and investors. In 1977, Mike Markkula invested US$ 250,000 in their company and with cash in hand and new designs, they launched Apple II publically, which was a great success.

After seeing the Xerox Alto capabilities, Steve Jobs decided to use the Graphic User Interface (GUI) in Apple’s next machine. So, six years after the release of Apple II, in 1983, Apple’s first computer with GUI, named Apple Lisa was introduced. But Lisa failed to penetrate into business market due to its high cost.

In the meantime, Apple III and Apple IIe were also released. While the former did not see success due to technical and design faults, the latter became the most popular household computer. In 1980, Apple became a public company and their share prices instantly got very high and for the first time in history, it created about 300 millionaires instantly. In 1983, Apple had entered the Fortune 500 and was officially one of the fastest growing companies in history.

In the early 1980s, Apple saw tough competition from IBM. As Microsoft released Microsoft office and BASIC, the competition heated up even more.

In 1984, an Apple advertisement was released in theatres and at the Superbowl, which became an instant hit. It has since won many awards and is considered as one of the best advertisements ever made. During the same year, Apple introduced Macintosh, while Apple IIc was simultaneously being loved by people. Lisa 2 was also released during the same time, which was not successful. It was later renamed and released as Macintosh XL and then finally discontinued by the company after failing again.

During the same time, Steve Jobs was stripped of his duties by the board of directors as a result of the power struggle within the company. In 1985, he resigned from the company, claiming to start a new company of his own. As a result, Apple filed a lawsuit against Jobs, restricting him from using the confidential information while competing against Apple. However the case was settled out of court. Jobs then started his new company NeXT, Inc. Their first computer was far better and powerful than any of the Apple’s machines and was also $1000 cheaper.

During its initial years, NeXT went on to achieve great heights. They developed NeXTstep OS and produced many high quality computers at competitive prices. In 1993 Steve Jobs sold the hardware section of the company to Canon and started focusing only on development of OS. The NeXT computer was the base of today’s Mac OS X and iOS.

In 1993, Microsoft released Windows 3.1, which was a huge success. It was followed by Windows 95, which emerged as a real competition for Apple’s Mac OS. Meanwhile, Motorola and IBM started developing PowerPCs. To stay in the market, Apple also developed its own PowerPC quickly, and introduced it to consumers by 1994.

In 1991, Apple had partnered with long term rivals IBM and Motorola to form the AIM Alliance. The main aim was to use IBM and Motorola hardware and Apple’s software to create a new computing platform. By 1995, Apple finally decided to officially start licensing Mac OS and Macintosh ROMs to third party manufacturers to make Mac clones. This decision helped Apple to penetrate market deeply and increased revenue of the company. Apple gained over 10% market share till 1997.

In 1996, Apple purchased Steve Jobs’ company NeXT Inc. for $427 million and along with it, its new NeXTstep OS which became the foundation of Mac OS X. This brought Steve Jobs back in the company he co-founded. In 1997, an event occurred that changed the future of Apple forever. Steve Jobs took over as the interim CEO of the Apple Computer Inc. Soon after becoming CEO, Jobs terminated a number of projects which included Mac OS licensing program. This decision made Macintosh share to fell from 10% to just around 3%.

In the same year, Steve jobs announced about their partnership with Microsoft. This partnership included a 5 years contract from Microsoft to release Microsoft Office for Macintosh and a US$ 150 million investment in Apple. Both companies also agreed on settling their long term dispute over infringement of Microsoft’s Windows OS over Apple’s patents.

Later in that year, Apple’s PowerMac G3 was released and the company opened its first Apple Store. By the year 1998, the Apple iMac and PowerBook G3 were also released and they became very popular in the market. Apple’s profits became extremely huge and it established itself as one of the pioneers in the market, AGAIN!

Apple’s position was strengthened in the market with the release of iMac, iBooks and PowerMac G4. In the year 2001, Apple released its new operating system Mac OS X. It was largely based on NeXTstep OS and also incorporating parts of FreeBSD. Apple also tied up with UNIX for making their OS stable, reliable, secure and user friendly. The improved GUI was also appreciated highly by users. Later in that year, Apple also opened its retail stores in US to increase their market profits. During the same year, Apple introduced its new innovation, the Apple iPod. It was a portable digital audio player with 5GB storage, capable of storing 1000 songs. It came in the market just after the release of iTunes, Apple’s digital music management software. Since then, iPod has developed amazingly into many products like, iPod mini, iPod touch, iPod nano, iPod classic, the shuffle, and also in iPhone and iPad. Today, the largest iPod capacity available is 160GB.

In the year 2002, Apple decided to overhaul the designs of their iMacs. In 2003 PowerMac G5 was released and in 2004 iMac G5 was released which was incredibly thin, replaced iMac G4. In the year 2003, Apple also opened their iTunes Music Store to help their ipod users in US, to buy music online in an easy and legal way. Apple also released a Windows’ compatible version of iTunes. By the year 2005, iTunes music store started to open in many other countries. By 2006, it was renamed as just iTunes store after they started adding video content too.

In 2005, Steve Jobs announced the introduction of Intel chips in Apple computers, as a result of which, the Apple computers would be capable of running Windows. New iMacs and MacBook Pro designs were released which ensured that the Apple hardware would be Intel based in future.

In the year 2007, with the release of iPhone, Apple Computer, Inc. renamed itself to simply Apple Inc. Apple iPhone was again a revolutionary innovation by Apple. It combined the basic phone with their iPod’s music and video playing capabilities. It also introduced a new concept of app-driven, internet capable smart-phone to the world. Later that year, iPhone 3G was released, which allowed users to use internet on phone by using internet data plans. Since then, every year the company releases a new iPhone. iPhone 5 is the latest release by the company in this segment.

In 2010, Apple developed a new product, the Apple iPad. It’s an iOS tablet, which has all the features of iPhone, except calling facility, plus it has a size of a small laptop. Every year a new model is released by the company, just like iPhone.

In today’s date, Apple has a huge range of high-end products, like: PCs, iPods, iPhones and iPads. They also rule the app world on the internet by having world’s largest online store and selling apps, music and videos.

After the death of Apple’s CEO, Steve Jobs, many people believed that Apple would fall again because it has lost its visionary leader. But, the Apple has proven this wrong so far, and continues to see success.

The rise of Apple is the result of their “Think Different” attitude. Like any other company, Apple has also seen its dark age. But in all these years, their strength has always been innovation and vision. They did not always do the same things as their competition. They have been bold since ever, and gotten into troubles because of it, but, that’s the price that has to be paid for thinking out of the box.

I know many of you would be Apple fans out there. But I bet vary few of you would know the history of your favorite company. What made them so great? What were the reasons of their downfall? What turned the tables around for them? So, here I am, to get you up to speed with the history of the Apple Inc.