Pav Bhaji – this dish needs no introduction. Originally from the city of dreams – Mumbai, the dish is now a part of food menus of almost all the major Indian Food Restaurants all over the world. Pav Bhaji is one simple dish that was created due to the Mill workers working in Mumbai. They needed something light and easy to cook for their lunch break. Therefore, the vendor tried something like this and eventually it became Pav Bhaji. Pav means bread and Bhaji refers to a mixture of vegetables. 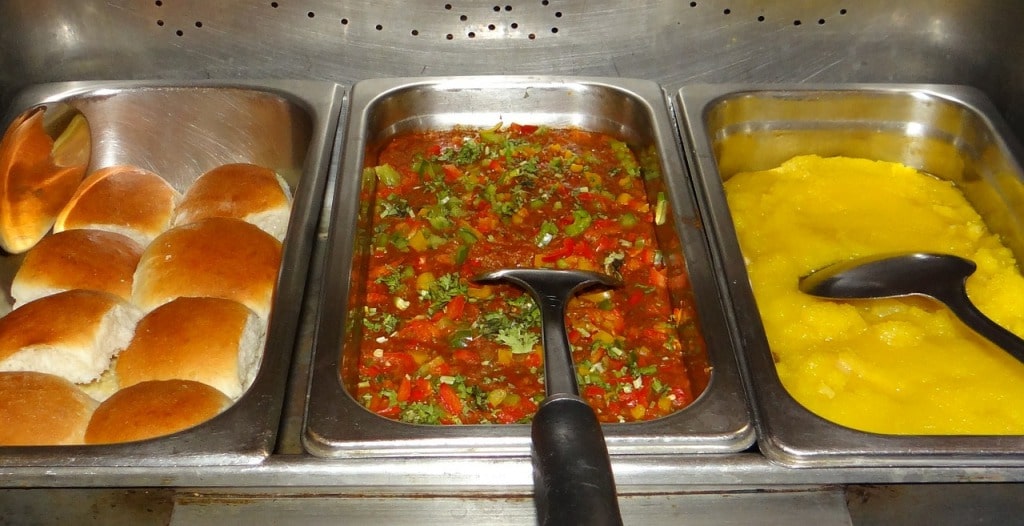 For cooking the vegetables

Take a pressure cooker and add all the chopped vegetables (Potatoes, cauliflower, carrots, peas, French beans, capsicum, gourd, cabbage). Add 1 cup water and cook it until 2-3 whistles.  Mash them after draining the water. (Better keep the water for later use as its full of healthy nutrients.)

Take a big pan. Add butter. Add onions, green chillies. Sauté till light brown. Add ginger garlic paste. Add tomato paste. Then add salt after sometime. Add Degi Mirch and Pav Bhaji Masala. Keep mixing while adding all these so that the mixture doesn’t burn. Add mashed vegetables. Cover the pan and cook for 5 minutes on low flame. Add ½ cup water along with the drained water kept before. Cook for a minute and then add lemon juice and cover the pan again. Cook until the water dries up.

In a pan (tava), put some butter. Cut each pav into two halves and apply some bhaji on it and cook it for half a second.