What surprises me is Indian female authors are writing brilliant crime stories. I have reviewed a couple in the past & today’s book review also discusses an Indian crime thriller. Let’s talk more about it. In a spoiler-free manner. 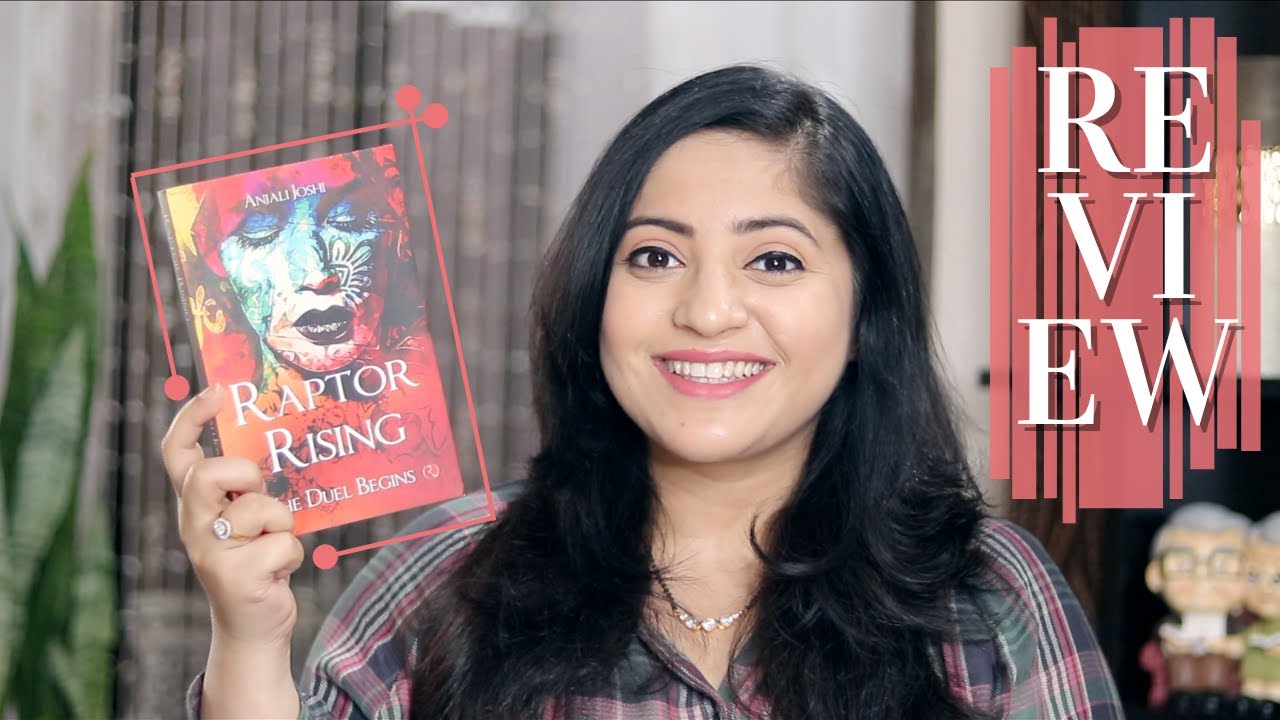 First, let’s talk about Anjali Joshi. She’s a multi-talented and inspiring woman. She first worked as an air hostess for 5-years. Then, she got into filmmaking and has experience of over 2 decades as a designer, editor, writer, visualizer, producer & director. There’s more… You can check it out by connecting with her on her social media channels. I’ll drop those down below.

What’s the book: Raptor Rising is about, according to Manpreet?

Anyway, this serial killer is making millions with these snuff films. But now there’s a cop, who can be equally dark and who craves to be her target, to catch her, to rise himself.

That’s what the story is about. Basically, a serial killer story.

Discussing the plot of Raptor Rising by Anjali Joshi, well, it has a great beginning. Anjali Joshi starts this book in a brilliant manner. The story begins with the filming of an action scene of a movie. That establishes a great impression right away. It’s interesting & the whole book is certainly page-turning.

The author has put in enough twists and done a good job with the plot. While there’s a bit about the crime happening, a lot of the book is actually focused on the investigation & the suspects.

But I’m not sure I liked the ending. It felt a bit rushed. I also did not like the whole backstory given to the serial killer. It just didn’t seem that convincing. So, that was a miss for me.

The whole modus operandi & the killings will make you question a lot of things, but that you have to keep in mind – this book isn’t a typical who-dun-it. It’s actually a thriller & that it is a good one!

Overall, the plot of Raptor Rising really keeps you guessing. You keep racing through the book. My copy of the book has many theories and notes on where the story is going… all interesting. Good red herrings & good twists have made this plot work well.

So, there’s the serial killer. And then, the cop –  Vikram.

You’ve Rumana who’s quite an interesting character. But sometimes, I felt it was overdone. For example, at one place she looked ‘expressionless’ and 2 lines later, her disdain is noticeable by Vikram. Ummm… that and a couple of more instances made me think that the author tried too hard to sell the concept of how Rumana is and even, how dangerous the serial killer is. The fact is she got me into the story, made me believe it in just a few pages. That’s powerful writing. But as the author continued drilling down at the serial killer’s ruthlessness & alpha nature, it got monotonous, for the lack of a better word to say this.

There are many more characters – Dr. Nicole, Tashi, another policeman on the case, Vikram’s friends, superiors, and more. All are okay, I just found Rumana super interesting.

Ok her writing in her debut book, Raptor Rising, I already said it’s powerful. But let me tell this again, her writing is brilliant, specifically the scene-setting. She does it so well that oftentimes, her book reads like a movie script, in a good way. And this is obvious considering the author is an experienced filmmaker but it’s also something that I think you’ll notice about the book.

She often uses short specific sentences to set the scene. For example, the Interior of the forensic lab. Vikram walks in, joins the lab technician Jaspal Singh. …

Overall, when I picked this book, I didn’t expect I would fly through it that fast. But the moment I started reading it, I had to keep going. I can totally imagine any of you picking it up at an airport and finishing this book within a couple of hours without wanting to stop even for a minute.

And that’s the reason why I would recommend you this book.