What’s so cool about middle-grade stories? You’re a fully grown person and ideally, you must be into the books that are written for your kind. Then what is it about children’s books that fascinate you? I suggest it’s the innocence. These books provide you a getaway and introduce you to the world that doesn’t exist in real – where the truth always comes out, where the good ones always win, where evil people learn their lessons in the end. The books are pure, nice and enjoyable. 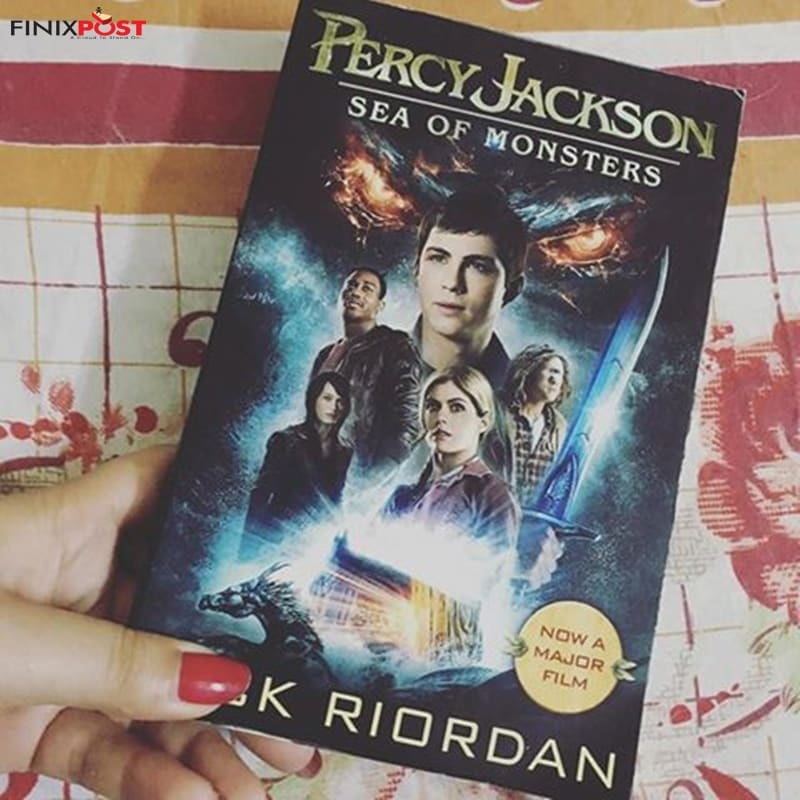 What else could be the reason behind the popularity of a series like Percy Jackson by Rick Riordan? I just finished reading Percy Jackson and the Sea of Monsters and the first thought that came to my mind was that.

About The Book Percy Jackson And The Sea Of Monsters

Percy Jackson and the Sea of Monsters is the second book in the series after Percy Jackson and the Lightning Thief. It’s about a guy named Percy who is a demigod (half human and half God). Percy is the son of one of the most powerful Greek Gods and every half-blood like him attracts monsters. Percy being the son of a mighty God invites much more trouble than others. There’s a summer camp where all these half-bloods train themselves to survive the monsters and go on various quests to save the world.

What you can guess from the description about this book series must be that it has a lot of adventure, stuff about Greek mythology and tales of friendship and bravery. The series is a very popular one and has been turned into movies as well.

Percy Jackson And The Sea Of Monsters Book Review

I just finished reading Percy Jackson and the Sea of Monsters and here’s what I think about this book.

In the book, the camp half-blood is being attacked by all kinds of monsters. There’s only one way to stop those attacks, and it’s to find a fleece that was lost centuries ago. There are more monsters, more traps and an underlying master plan of the evil God working in the book.

The characters in Percy Jackson and the Sea of Monsters are better described than the first book. You get to connect much better with the old characters as well. The new characters are equally interesting and well-formed. The book scores better than the last one.

The plot is even better. There are elements of mystery in the plot. A lot of things are going on, and there are too many questions, too many hints to think over. It all makes this book a lot interesting than the previous one. As a standalone as well, it’s a great read.

I would recommend that you read this book, even if you have skipped the first one (go ahead and watch the movie to know more about the story before you dive into the book or read it right away). It’s a good read and will definitely entertain you for the weekend.