A few days back I saw a friend’s Facebook status talking about La Pino’z pizza and being a loyal but now bored fan of Pizza hut and Domino’s, I asked whether it was worth trying. And the response was, “It is way better than Domino’s”. Oh god! I was offended just like Salman Khan fans get when someone says anything bad about him. 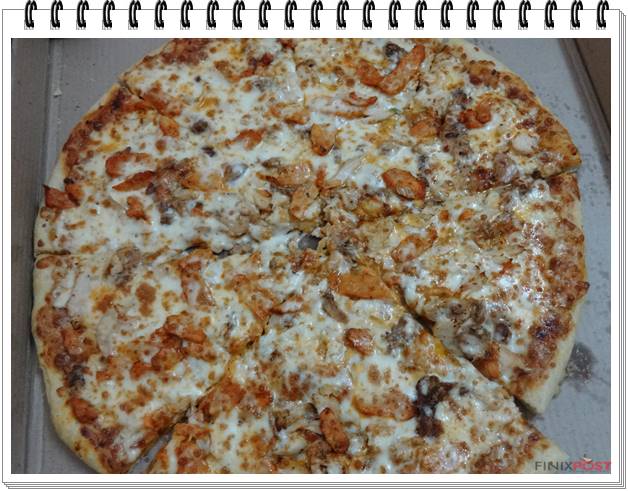 I needed to check whether it was really so good. Moreover, having tasted each of the Domino’s pizzas like 4-5 times, I thought let’s try it! Note that this is the last reference to Domino’s in this article for I don’t want to compare between these two for I think it would result in an unfair judgment. The first time I tried out La Pino’z Pizza, it was for home delivery.

The first thing which we ordered was La Pino’z chicken pizza that consisted of chicken tikka, smoked chicken, and barbeque chicken. We ordered the giant pizza that serves 8. LOL, and it literally serves 8. After fasting for like 12 hours, we were two who ordered the pizza, and looking at the thin crust, I was pretty sure that we would be able to finish all of it but we couldn’t go beyond two slices each.

Of course, I can end the discussion by saying that the pizza was really very tasty but as I love writing, I wouldn’t want to say that directly. 😛 They had put chicken and then sprinkled cheese over it and then baked which enhanced the taste of the pizza manifolds. The crust was thin and didn’t taste like I was eating anything but baked dough of white flour. And looking at the pizza as giant as that one is enough for ‘foodgasm’ (if that is something that exists 😛 )

We also ordered tacos, both chicken seekh kabab, and chicken tikka & chicken salami which were really delicious and crunchy.

Here are some points which I would like to highlight about my experience with La Pino’z Pizza:

Overall, I loved the food and the service.  I would definitely recommend you to try La Pino’z pizza. Have no idea about other stores but the one situated at Sector 67, Mohali is super cool. Try it!

Now, that was the first time I tried this fast-food pizza chain. This was around June 2015. I have done many more reviews of the food outlets I have tried.

Since then, I have tried the La Pino’z Pizza at the Dasuya outlet, in Amritsar, in Delhi and now, you can have La Pino’z Pizza in Jammu as well. If you want to know about their current menu and which areas they serve, check out their website! Last I checked, they’re also going international with their outlets about to open in countries like Canada, Australia, Dubai, Tanazania and UK. 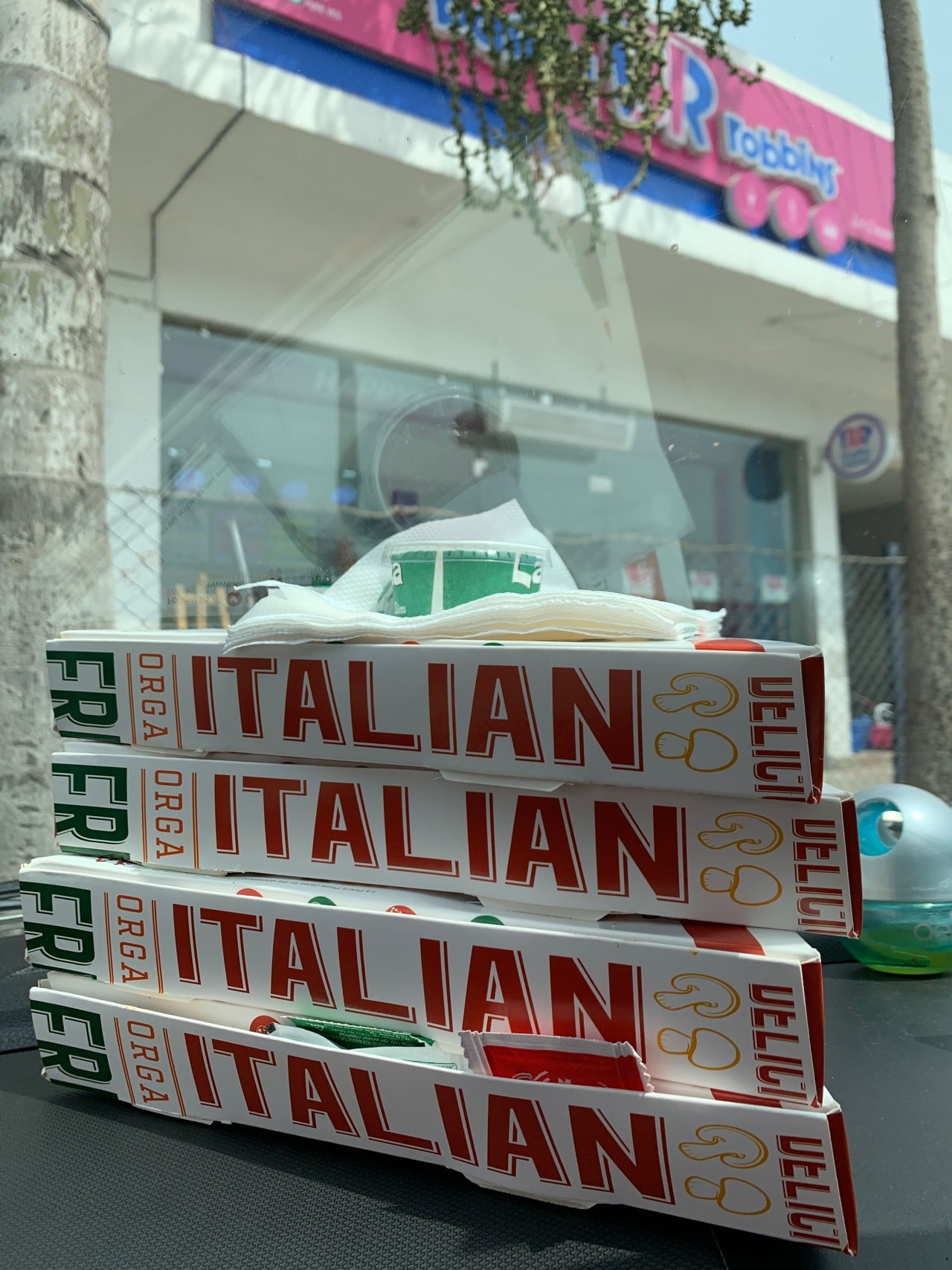 La Pino’z Pizza is a pizza chain in India that was founded in 2014. They serve a variety of pizzas, pastas, and desserts. Some of their popular pizzas include the Margherita, Vegetarian Feast, and Four Seasons.

Customer service is a major part of la pino’z Pizza’s business ethic. Their website claims that they are “committed to providing the best customer experience possible.” They offer online ordering, delivery, and takeout.

La Pino’z Pizza was founded by six friends who are also co-owners. Yogesh Bhatia, Rakesh Makhija, Bharat Thakkar, Ravi Patel, Dhaval Shah, and Hitesh Savani are the co-founders and co-owners of the company.

The company is headquartered in Mumbai, India. In addition to their corporate headquarters, they also have regional offices in Ahmedabad, Surat, and Baroda.

La Pino’z Pizza currently has over seventy locations throughout India. Their goal is to have over two hundred locations by the end of 2020.

As of 2016, La Pino’z Pizza has been open for business for three years and has received multiple awards during that time. They have won the Golden Bull award three times for customer satisfaction in 2015, 2016, and 2017.

La Pino’z Pizza has also received Mentor of the Year award multiple times. Bharat Thakkar won this award in 2015, while Rakesh Makhija and Yogesh Bhatia won it in 2016 and 2017, respectively.

La Pino’z Pizza is a growing company with a strong focus on their customers. They have been recognized by multiple organizations for their success and continue to grow.

Personally, I love their pepperoni pizza and peri peri chicken pizza but I would recommend trying out their menu for sure! 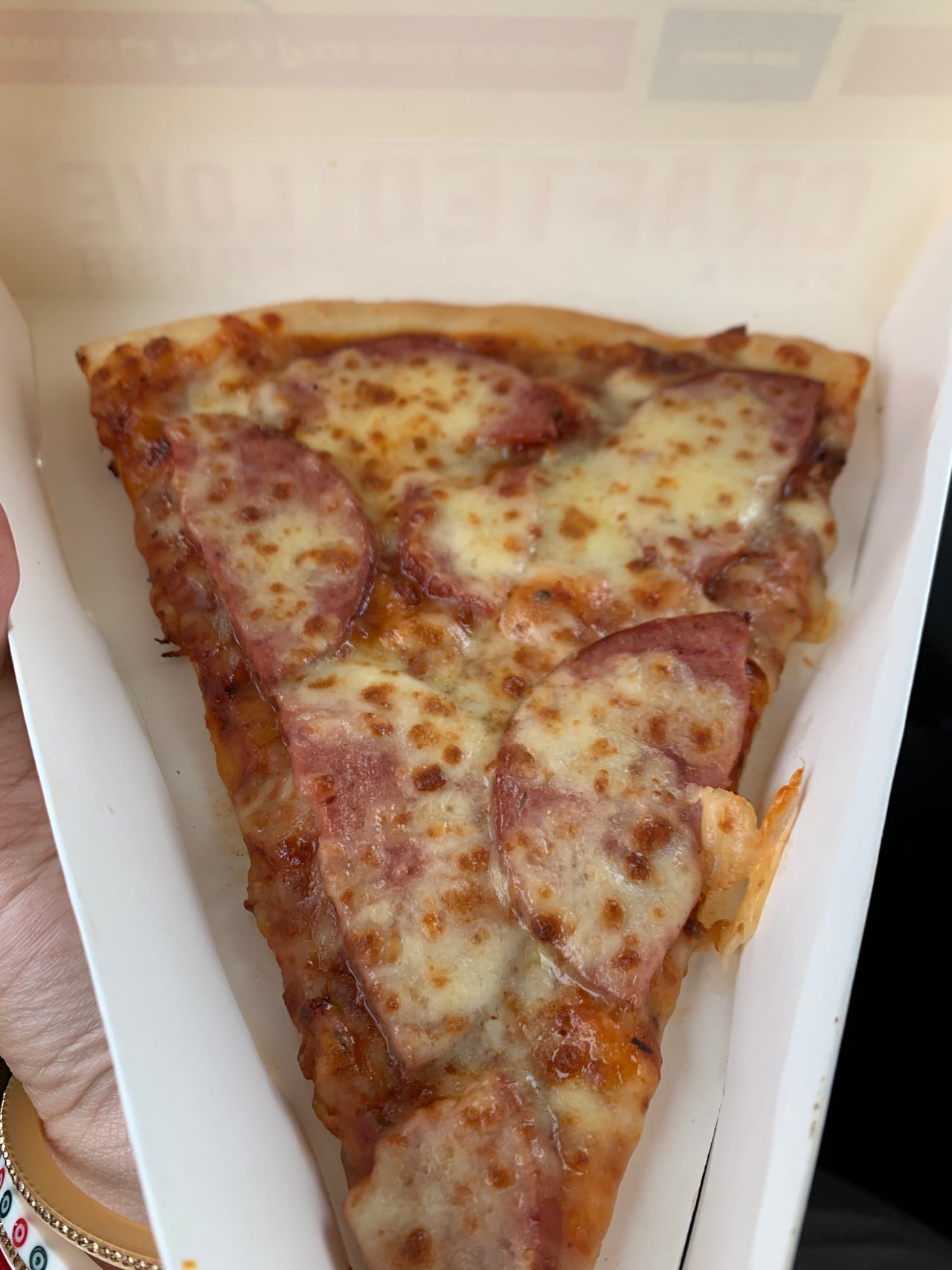