As I plan to sleep till late this Sunday, I get a panicked call from my friend who wanted me to book her flight tickets. She was supposed to travel from Jammu to Delhi by road today. But who has forgotten what this ‘peaceful’ community did in February of 2016? 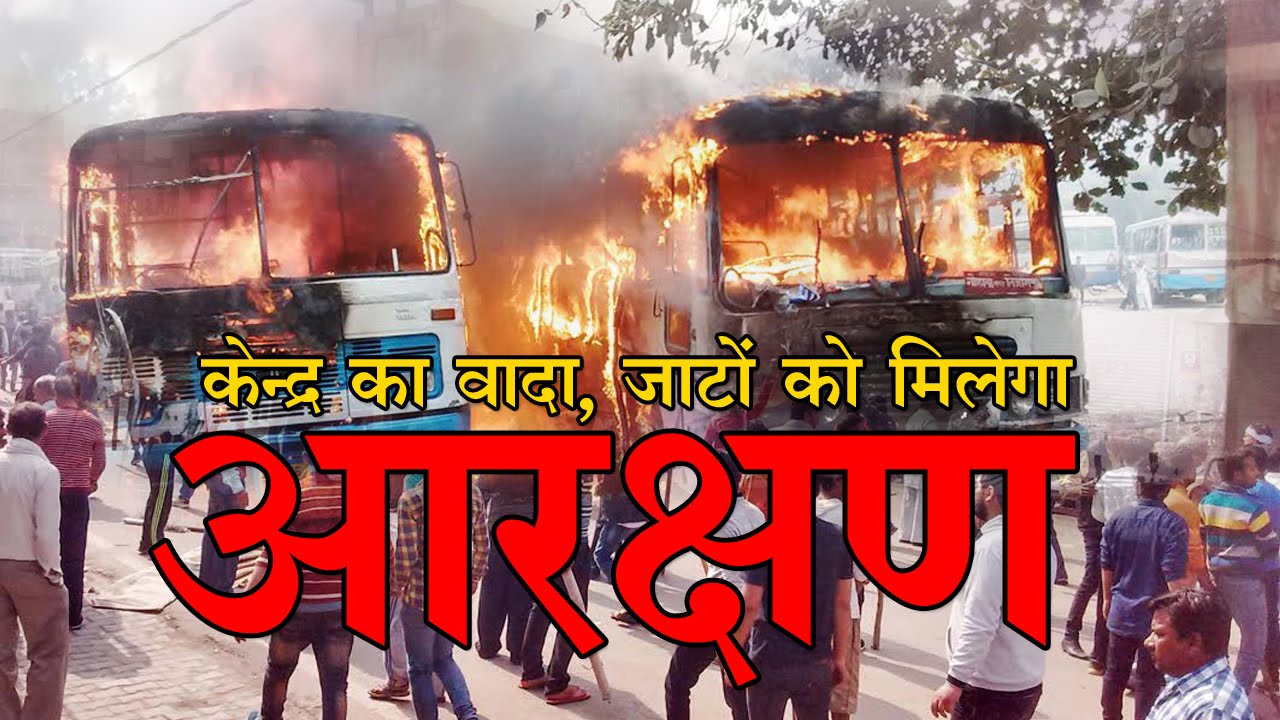 With an estimated damage of Rs. 340 billion in one month, Jat Quota Stir was the cause of worry for thousands of people in February 2016. It all started with a peaceful protest which then took the violent turn.

So violent it was that roads were blocked, people were killed, and women were raped (not proved yet). All for what? A reservation!

Hundreds of employees of IT companies, who usually visit their hometowns during the weekend, were stuck on the highway. They had to spend close to two nights on the road because Jats believed that their cause was more important than a person’s job, that person whose family made extreme sacrifices to educate him and is probably under debt and who holds the weight of paying this debt back. But who cares? (Source)

According to a report by NDTV, almost 30 people were killed in this violence by February 26, 2016. Out of these, a few were Jats which further agitated this community. Why? Their lives are more important than any other general, SC, OBC or a human! Guess what? They are coming back again and asking for compensation for the people killed from their kin. Of course, rest of the people killed for no reason doesn’t matter.

India is a developing country and the money for infrastructure that has been built surprisingly doesn’t come from a magical tree of money. It comes from people who work and pay taxes. It originates from those individuals who stayed on the roads for days and some of who nearly lost their jobs as they couldn’t attend to their critical projects on time. It comes from people who simply don’t have enough time to go out, protest and kill! And when you damage that infrastructure, you’re just putting their money to dump. But who cares? It’s not your money. All you care for is that reservation you think you deserve. (Source)

As I consoled my panic-stricken friend and asked her to calm down, she tells me how her aunt was the one traveling on the same highway that stayed blocked for days. She tells me what she saw on the road – undergarments of a woman. What would they be doing in the middle of nowhere?

The problem these days is nothing stays hushed up. So when all the women who were raped and molested and asked to shut up about this, there were people who spoke up. Like that guy who gave shelter to women running away from the highway road in his Dhaba. Like that NRI woman who finally found the courage and spoke up about it. Like that college girl that followed footsteps of this woman. (Source)

There’s no proof accepted by the court about this issue. Chances are this rape thing was added up by a political party or maybe it’s true. Probably that’s why it’s just a question! But if rapes happened no matter who did it, wasn’t it because the roads were closed and people were stuck there? Why were they stuck?

Can raping women be an accomplishment for a community? It certainly seemed to be. Because no leader appeared to apologize for what happened. Maybe it didn’t happen at all, but just an apology for making people so scared to get on the roads during that time wasn’t a big issue. Was it?

What does it mean? Do they think raping women, who are not at all related to this whole thing, is a just move to fight for the cause? Molesting women, taking away their dignity, and leaving them traumatized for their entire life will help you make an impact?

Didn’t it for the Jat Quota stir? After all this, the state government decided to sit and pass the bill and give this ‘fantastic’ community reservation for their awesome deeds – damaging the country’s property that was built with money from taxpayers and putting everyone stuck on the highway in grave danger. It’s politics darling! They had to keep their government in the state running! Who cares about damaged public property, murders and rapes!

Certainly someone noticed all this and the Punjab & Haryana High Court put a stay on this bill. But guess what! The Jat community is above all. They don’t care what the judicial court suggests or perhaps, even what our constitution suggests. What they care of are about those benefits they will get!

So, they’re coming back. But they’re not the ones I want to talk to. I am talking to you. Tell me will you stay mute even this time and let them damage more property and kill more people  in the name of reservation?

Some arguments and some disclaimers