A nice romantic drama set in South India. An ambitious but mean lawyer and an equally ambitious but charitable doctor. What happens when they meet and then, grow apart several times? That’ the story of It Ends With A Dream by Medha Nagur.

In today’s post, I’m giving you the spoiler-free review of this book. It’s currently available as an ebook on Amazon. I’m working with the author of this book to bring you this review.

It Ends With A Dream: The story 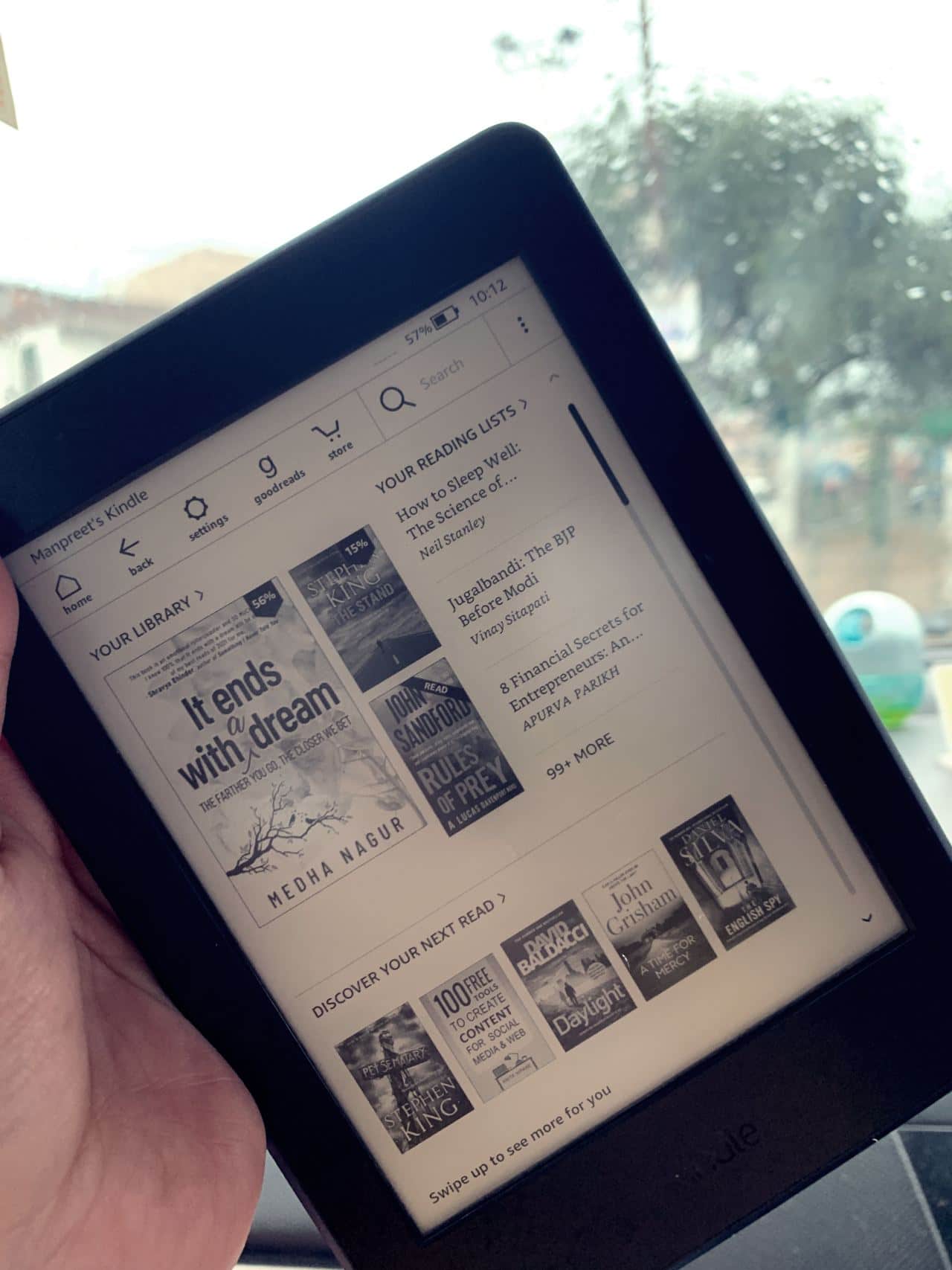 On the outset, it seems like a simple love story of Yadnya and Yashika but it also has a lot of family drama in it.

It Ends With A Dream: The Plot.

The plot jumps to and fro between different times depending on where the story is going.

The storyboard that she has created with this story happening in about 4 different times… could’ve been super messy but it just isn’t. It’s effortless and well-planned!

The storyline is deep… well thought-out. I liked how she effortlessly introduces elements in the plot that would later on play a significant role in the story. She just doesn’t pick her characters and drop them wherever she wants them to be in the plot. Well, you may say Manpreet isn’t it how it’s supposed to be in a book? Well, yes. But is it even closely that in most Indian books? Think of that!

The book also focuses a lot on difference between Yadnya and Yashika’s ambitions. Yadnya is a lawyer who wants to be a politician, and clearly plays in the grey area while Yashika is a doctor who’s all black and white and who has a particular dream to help people out genuinely.

There’s a slight suspense in the plot in the beginning and then, it gets quite predictable. When the suspense got out, I have to say I didn’t feel excited. My expression was  – oh ok! I think that this aspect of the book could have been done much better. Also, the plot drags slightly in the beginning. I wish it was better there… as it does get by the end.

It Ends With A Dream: The Characters 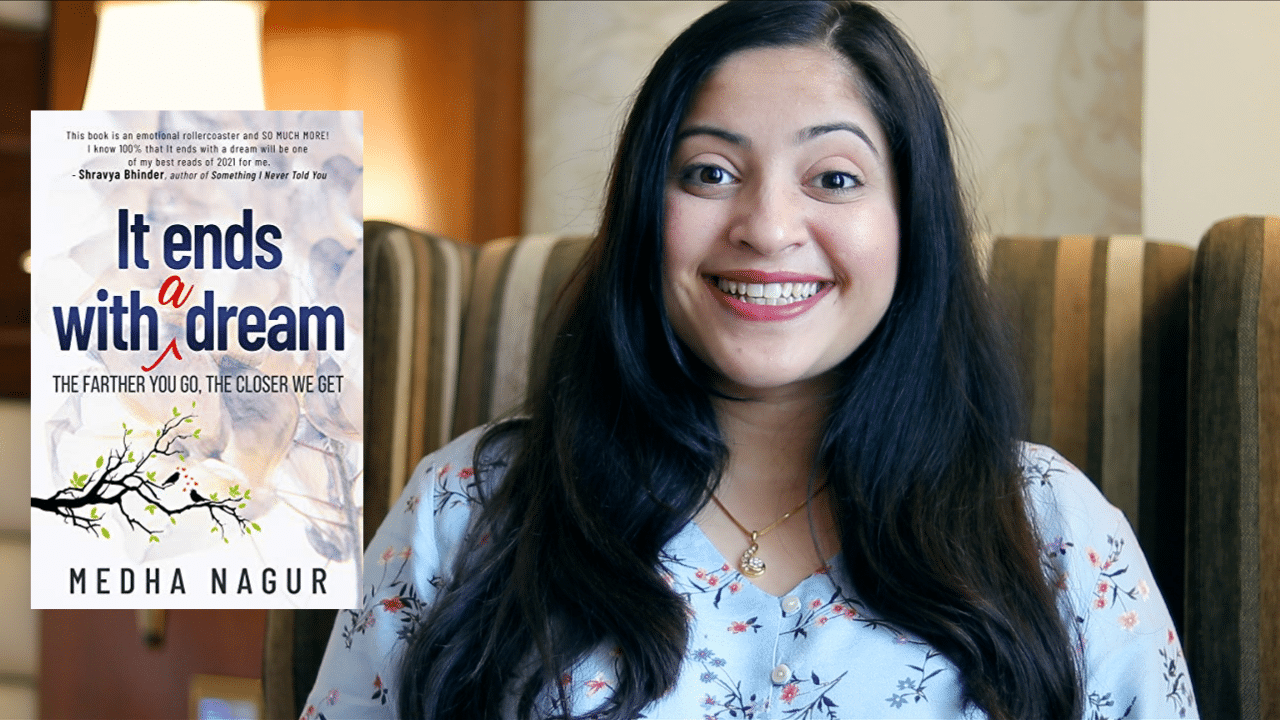 There’s Yadnya and Yashika. There’s Yadnya’s parents – his father is a movie producer, his friend who is his partner in his law firm and his godfather who’s a successful politician. Yashika, having lost her mother quite early in her life, has her father who’s in Indian Armed Forces, house help & her son who are like family to her.

Of course, there’s a lot to get to know about Yadnya and Yashika… and you see everybody mostly from their lens. How was Yadnya’s father to him? How is his relationship with his godfather? How close Yashika is to her own father? There’s a lot of emphasis on relationships and family.

Though each character is good, they all serve one purpose – build up Yadnya’s and Yashika’s story. Their life.

One character that I felt wasn’t done well was of the Godfather. His role is crucial in the story but throughout the book, I just felt a disconnect – why is he here? How did he become so close to Yadnya? There’s a lot of attention to this very thing but it just did not click for me.

It Ends With A Dream: Writing Style

The author uses simple and smooth language in the book. What I actually loved about It Ends With A Dream is it gives a lot of insight into the Kodavi culture. The author has used her story to talk about things of this culture and people and it’s so beautiful.

In fact, the thing that really got me impressed about her writing was how she has used different insights of the area it’s set in just so naturally. She naturally talks of this little celebration of these people and oh… here’s our story moving forward too.

Author also does a tremendous job at the end as she wraps the story… she talks of each character and sort of summarizes their character arcs. This part definitely enhanced my experience with the book.

It’s also a sweet romantic story, lacking all the ‘masala’ factor that Indian books sell on these days. Which depending on the kind of reader you’re, it could be good or bad. If you’re looking for the usual Indian chick lit, this is not for you. But if you like a nice & natural romantic drama, you’ll like it.

What I think could be improved in the book – well, I think the book could’ve been even more polished. The suspense could’ve been better. For a debut author, it’s a work well done but Medha certainly shows potential to produce an even better book.

Overall, if you’re looking for a relatively short (just 187 pages) book and a good romantic drama set in South India, you must check out It Ends With A Dream. Just the thought & effort in this book is amazing! As an Indian debut, judging by what really people get to read, this is definitely a 4/5 stars book!

Lastly, a disclaimer- My original rating was 3.8/5 stars. I did actually increase my ratings after considering what the popular romance novels in India look like. Most of them are way below what Medha has been able to write down. Also, I discounted all the typography & a couple of editing mistakes as that’s a common thing even in traditionally published novels of the big 5.

So, tell me in the comments down below – are you willing to give a shot to a debut self-published author who I feel can produce many good romantic dramas in the future with the authentic Indian flavor.  Yes or no – comment down below!

And thanks to the author for reaching out to me for getting her book reviewed. Always appreciate the authors who open themselves up to my straightforward and unbiased opinions!