Eh! Check the facts. Do you know that the roots of carrots were purple in color in ancient times? And do you know that you can still find purple carrots? Even the yellow ones are available.

Have I gone mad? Maybe I am drunk. Or maybe I am just wiser than my kinder garden teacher. Well, actually, whatever I said in the above lines (that the carrots were purple) is true. The modern version of carrots, the one with red roots, wasn’t cultivated until late 16th century. It is said that the Dutch growers took the mutants of purple and white carrots then and combined them to create red carrots. And one more such experiment of combining carrots of different colors resulted in orange carrots, which we love today. 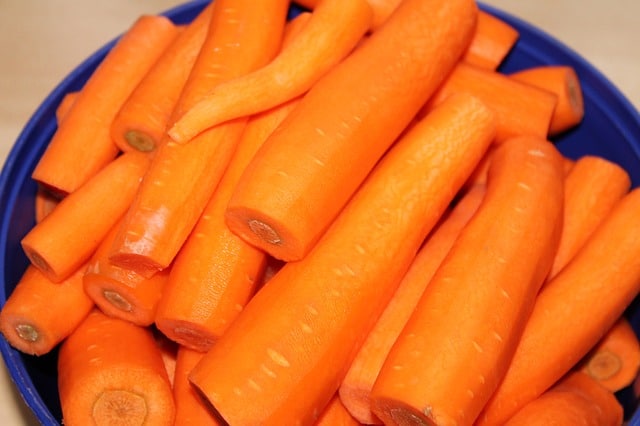 In fact, earlier version of carrots weren’t even edible. They were thin and divided and only their seeds were considered useful because of their medicinal benefits. But then the carrots were converted into big, juicy red carrots which all savoured. They became popular as highly nutritious food that was low in calories and turned out to be an excellent source of carotene that helps in enhancing your vision.

And do you know that even the white versions of carrots are available at present. Those white carrots are used as fodder for animal.

So, when did this all start? The history of carrots may even go 5000 years back in time in Ancient Egypt. But then that isn’t confirmed for there isn’t a formal evidence for that. This makes it difficult to trace back to the history of carrots. From the look of it, it seems like they have always been there for us.

First as an inedible and ugly looking plant whose seeds was of great use for medicine and then as an edible ingredient with a juicy and red tap root.

How did it get the color? Well, the carrots were actually available in a number of colors – red, yellow, purple, white and even black. Then red and yellow were combined to get our most popular carrot color – orange.

But what’s the story behind that? Is there one? Yep, there is.

Once upon a time, there was a town name Arausio in Southern France. The name was pronounced as “Aurenja”. And that name became “orange”. In 1944, a man named William the Silent inherited the rule of Orange and he was called as William of Orange. This man led the Dutch Revolt against the Spanish which resulted in Dutch Republic.

But yes, carrots were purple. They were also white and black. Then the red ones came and finally, we got the orange carrots.