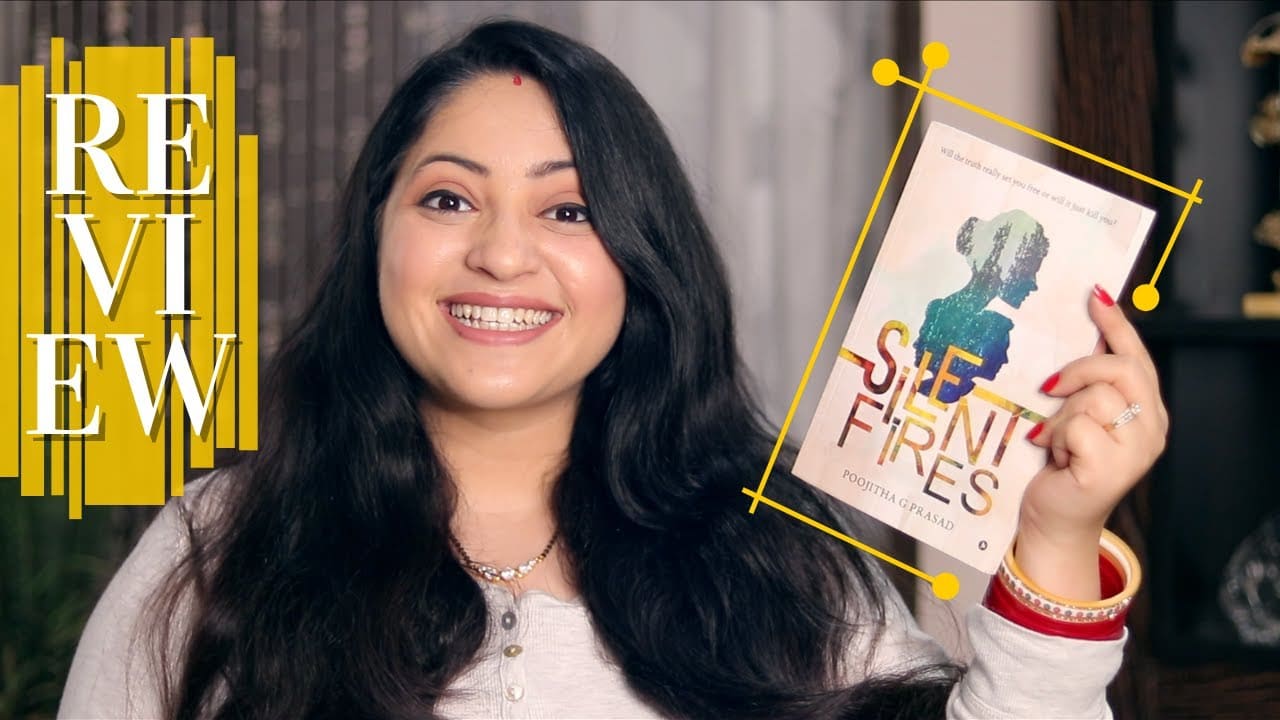 Being a fan of crime novels, I crave crime fiction from Indian authors. In today’s video, I’m going to discuss one promising crime novel written by an Indian author – Poojitha Prasad.

Silent Fires. The book follows a missing person – Shravya Chandra, wife of a film star – Arun Chandra. The investigation team involves Ashish, a police officer, and his brother, Manav – who often assists his brother unofficially. What happens is a plot full of mystery, suspense, and an unexpected crime story.

I’m so glad to be working with the author today to present you with a spoiler-free review of this book!

Let’s get started… but before that…

I’ll begin with the writing style of the book because that’s the first thing I noticed. This is a new author to me & the number one thing I really did care about was the writing. For me, a good book must have a good writing style. It should be smooth and effortless.

With a crime novel, the bar is even higher. You need the writing pace & style to get the right amount of suspense, mystery, action, and emotion. Poojitha Prasad got me on page 14. I liked how I could build a fast reading pace pretty quickly with the book. It has a good start and the writing is good. This would be ideal for beginner to moderate-level readers.

Let’s get to the plot now! The book is a 240-page crime novel full of different characters and a good crime story.

Poojitha Prasad brings in everything a good classic crime novel must-have. She dives right into the story with the crime – the disappearance of Shravya Chandra. She quickly starts introducing the characters & paces into the plot.

She has created flawed heroes, attempting to dig deeper into their lives than just the crime investigation. More on these flawed and amazing sets of characters later.

The author also manages to put together a mysterious, complex, and amazing plot. Why amazing? Well, I would really call it mind-blowing. I read the whole book and felt impressed but the moment I finished… Wow! She just played a genius trick with her plot. I can’t give you much due to my no-spoilers rule but the story she put together and the ending… it’s planned so meticulously and cleverly that you could come to another outcome & everything would still be true and yet, the outcome you see is something else, something obvious but then it’s not. It’s just awesome!

She has the red herrings to misdirect the characters, she keeps you guessing from what happened and who did it. I felt deeply impressed with it. If you’ve been looking for good Indian crime novel recommendations, put this in your list for sure just because of this Poojitha Prasad plot!

So, characters! You have Ashish and Manav. They’re the perfectly flawed heroes who come with their own demons to sort. You’ve many characters in their investigative team – Neelkanth – Ashish’s boss, Stuti –  the only female officer in the police team and a couple of more officers working along with Ashish.

There’s the usual prime suspect – the husband of Shravya Chandra – Arun, who seems to be a loving and now in distress, husband. There are Shravya’s friends who were on a trip with her before she went missing –  Aanchal, Mahima, Sukruthi, & Purvi.

And there are a set of characters that later get introduced in the book. I loved all of them, beautifully crafted and believable characters and yet, they’re all somehow involved in the mystery of Shravya’s disappearance. All of it is super interesting.

My only issue with these – some of these characters felt too much. For example, the police team. There are assisting officers, and at least one of them could’ve been left out. Same with a couple of characters from Manav’s life… they may explain his actions or serve the plot in some way but they felt not needed. Why were they there in the book? I expected either a bigger role for them or would’ve liked if they were just avoided… because at some level, the book is a bit longer than what I would’ve liked. In my opinion, just a little bit of more trimming would’ve made this book an epic one!

Anyway, ultimately, what I think is that Silent Fires is a well-written crime novel with nicely crafted, flawed & believable characters and with a plot that’s intriguing, full of suspense, mystery, red herrings, and an unpredictable storyline. If you’ve been looking for a nice cozy Indian crime novel, try out Poojitha Prasad’s book because it’s one good story that you need on your reading list.

Note – This was a sponsored review. I am proud to charge for the time & effort I put into reviewing books. The views are all mine.