A demigod, out lose, is hiding from the darker secrets of his life. But how long can he stay hidden when his deepest fears rise not out of the enemies he has harboured but out of love he couldn’t control?

Magic Required is the first book in the planned fantasy series of five books, written by H.S. Paisley.

Lochlan is happy with his long life, working as a tech support guy in a company. He has a few friends, but he never lets anybody get close. He has secrets, secrets he has been hiding until now but as his fears come running to him again, would he be able to keep up with the lies?

My usual reviews begin with discussing plot, and then characters and then writing. But for this, I’ll begin with writing.

How’s The Writing in The Book?

Writing is the powerful cord that grips together every element of a fantasy novel – be it the characters, world building, magic system or the plot itself.

For me, writing has to be simple. Storytelling requires style, not a dictionary.

The author of Magic Required does a very good job at it. The words fall into meaning, smoothly like a melody. Written from first-person perspective, the story is narrated in a simple yet gripping manner.

The story begins with the boring mundane life of Lochlan, a powerful being who has fought besides God himself. But he’s also not proud of the dark past he has had. In an attempt to bury his past, he does a soul-sucking job in customer service and tries his best to stay unnoticed.

The things take a turn when he starts getting prophetic visions where people die and he has a choice – let these pass by while he maintains his anonymity or save some lives.

But the problem is – the kind of magic it will take to save these people will attract more enemies.

How’s The Plot Of This Fantasy Novel? 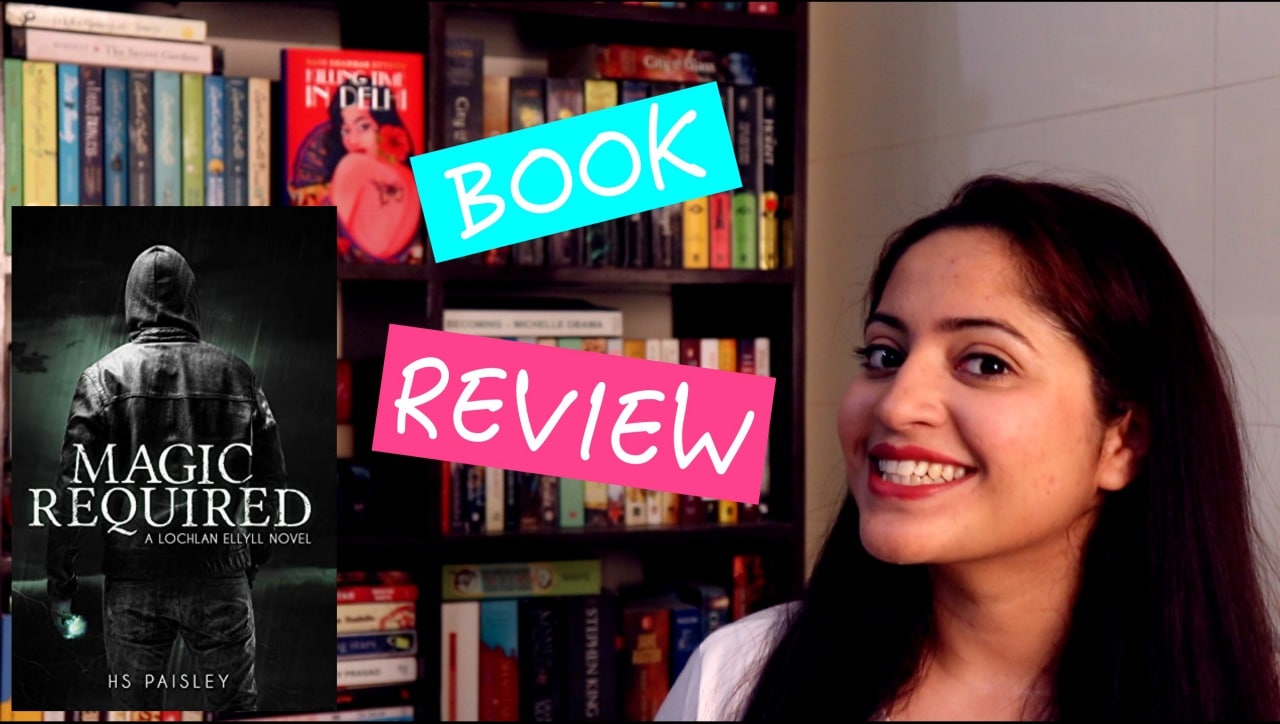 The plot begins quite simply with the focus on Lochlan’s character – swimming, retrospecting and working his way through his boring job. I liked how the plot flows, while giving a better look at the character of Lochlan. The fantastical elements of the story – the truth about what Lochlan could do and a little introduction to the magic system is done quite naturally in the book. It was smooth, interesting and intriguing.

From the beginning itself, due to the writing and the quick introductions, I felt myself immersed into the novel.

Set in 2047, the book gives you a different peek at the use of technology, though I felt the detail of the year didn’t add much to the story itself. There’s only the technology that was unlike the current time, but it didn’t require a future year, as per my opinion.

About The Characters In This Fantasy Novel

Soon, you meet more characters. The old neighbor, Jenner, Cam… each of the characters come into the story at their own pace and fall into it in a smooth manner. I particularly liked Jenner who plays the typical role of the fellow colleague and best friend very nicely.

Though I feel like some characters like Tyler conveniently fall out of the story. I would have liked more drama over the entry and exit of the characters, as some of it falls pretty bland though the role they play while being in the story is very impressive.

Find out about more fantasy books I have read!

Discussing more elements in the story – there’s a bit of humour and a lot of mystery around it, making it a very good read.

I think there could be a little more build-up of drama in the book, though that’s more of a personal choice. For example, at the end of one chapter, the character is running away but soon after, he says, ‘I’m past running.’ Of course there was a solid reason for the switch but if it had been built up a bit more, if I had seen the dilemma of the character & the turmoil before he makes his final decision, such sections would be more pleasant to read.

I think this is noticeable in a few more sections of the book as well – it could use more digging when it comes the characters going out of their normal selves and doing something different. For example, Lochlan isn’t used to sharing his story and truth with others. There’s a lot of hesitation but it could have been made more evident.

With that being said, I could definitely not resist the urge to pick up the next book after I finished reading this one. Alas! It’s still being written by the author as we speak. I would definitely like to follow the story and know more about these characters I developed an appreciation for.

And unlucky for the author, I would go into the second book with even higher expectations for it definitely feels like a story I want to follow and want to spend my time on, in the future.

Overall, If you’re looking for an easy-to-read, smooth fantasy novel featuring the magical world where demi-gods & humans with special powers exist in the normal world you live in, you should definitely check out this book. It has a simple plot, magic system and writing that several readers , especially the beginners, would appreciate.