India’s favorite contemporary fiction author has come up with a new book. Club you To Death. Anuja Chauhan has won the hearts of Indian readers with her romantic dramas. They’re funny, relatable, and interesting. But this time, she has experimented with a murder mystery. In today’s video, I’m going to give you a spoiler-free review of the latest Anuja Chauhan book. Let’s get started!

Club You To Death features this posh Delhi Club, frequented by several rich Delhiites. The club’s most frequented place is actually a gym, thanks to the very popular & good-looking gym trainer – Leo. All the female members of the club are infatuated with Leo but it comes to an abrupt ending when he’s found dead in the gym. A murder investigation ensues, while the club members want it wrapped up quickly for Leo died at the most unfortunate time – close to the annual club elections. That’s what the book is about!

Anuja Chauhan retains her style of Hinglish writing- adding in a lot of modern Indian flavor. Her characters are all vain and pretentious, all being rich South Delhi-type people.

There are several Delhi families that are part of the club, there’s an overachiever woman who’s running for the club president, while there are many overweight women jealous of her success. There are rumors, stories, and ulterior motives driving the actions of all these characters.

For the investigation, ACP Bhavani is rolled in who’s one of the most likable characters in the book, according to me. He’s a different type of a policeman – from his exercise routine to his aura, I really loved everything about him for he was so different than the usual policemen in books.

There’s another inspector who’s more focused on finding a suitable wife for himself. Regarding quite highly his own status in society & what he really deserves in his life partner, he’s more focused on his search for his future wife than the murderer.

There’s Akash or Kashi, a lawyer who unexpectedly gets himself involved in the murder case. There’s his ex-flame Bambi who’s single again, and he hasn’t quite gotten over her yet even though he has a lovable and amazing girlfriend.

There are many people like General Mehra and politicians – all of which are characters that add in a nice realistic flavor to the story.

Clearly, I love the characters. I think Anuja Chauhan has a knack for creating characters that are so weird sometimes but are also very believable. These people exist and it’s amazing to be able to see this kind of character put in the Anuja Chauhan style.

But the plot – I have thoughts about it. The book is a cozy murder mystery and it’s actually quite interesting to see who committed the murder and why. The entire investigation – that’s interesting from the outset but while reading it, it just dragged on. It was slow and painful, at times to continue reading the book. 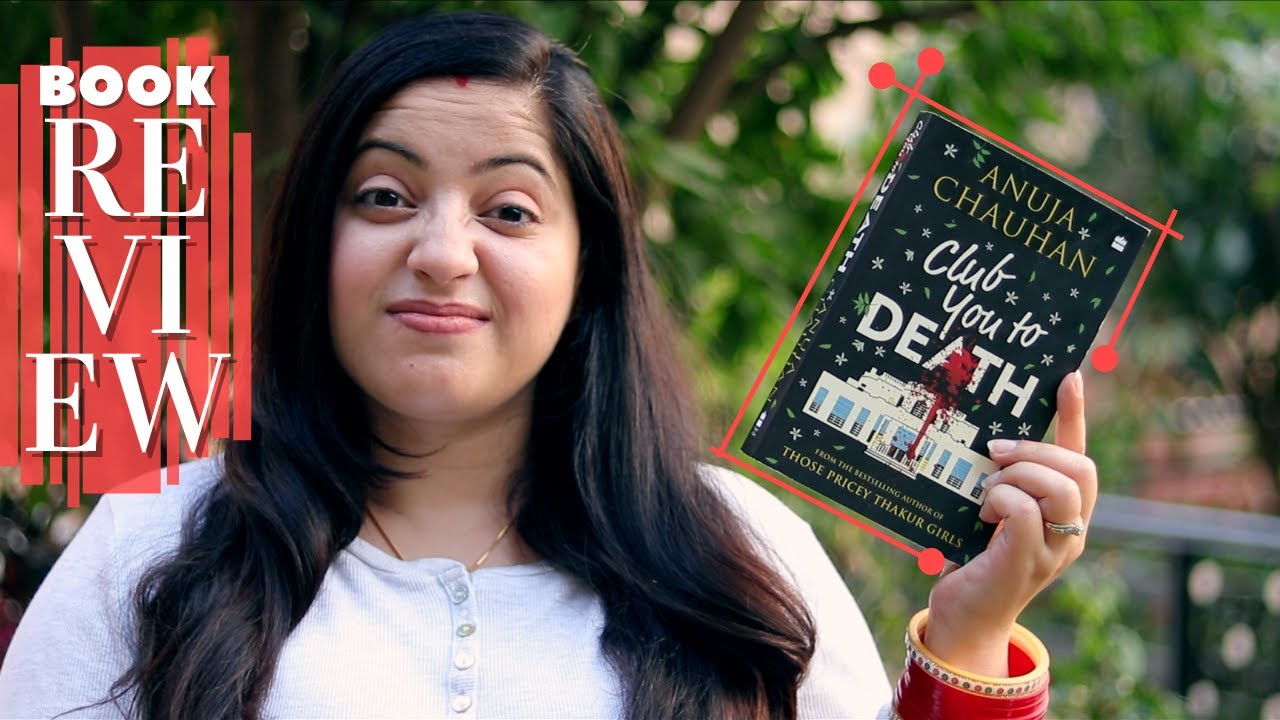 The plot moved at an excruciatingly slow speed as several Delhi aunties gossiped away and tried to ‘help’ out with the investigation. There was a point in the book when I seriously considered not finishing the book. It became too boring and uninteresting to finish. That after Anuja Chauhan’s books can easily be one-sitting reads, that was a big disappointment.

The plot of Club You To Death just lost its strength amidst all the talking and moving back & forth. Anuja Chauhan actually has given this book an Agatha Christie touch –  even the ending of the book had a Poirot style ending where ACP Bhavani gathers everybody in a room & reveals what actually happened. But it just was too long of a book to have that Agatha Christie impact.

Overall, I think this is a rather disappointing read as an Anuja Chauhan book and would be a very average read if it was not an Anuja Chauhan book. It did entertain me for a bit, but as I continued reading it, it was more boring than entertaining. I would give it 3/5 stars and recommend you to skip it unless you’re a huge Anuja Chauhan fan and just have to read every book she publishes.

That’s what I think. Thank you…