I’m on a mission to read all the Agatha Christie books and review them on this channel. This time, I’m reviewing Black Coffee by Agatha Christie. Umm… correction – written by Charles Osborne.

In this spoiler-free book review, find out if it’s really worth reading & don’t forget to check my other Agatha Christie book reviews. 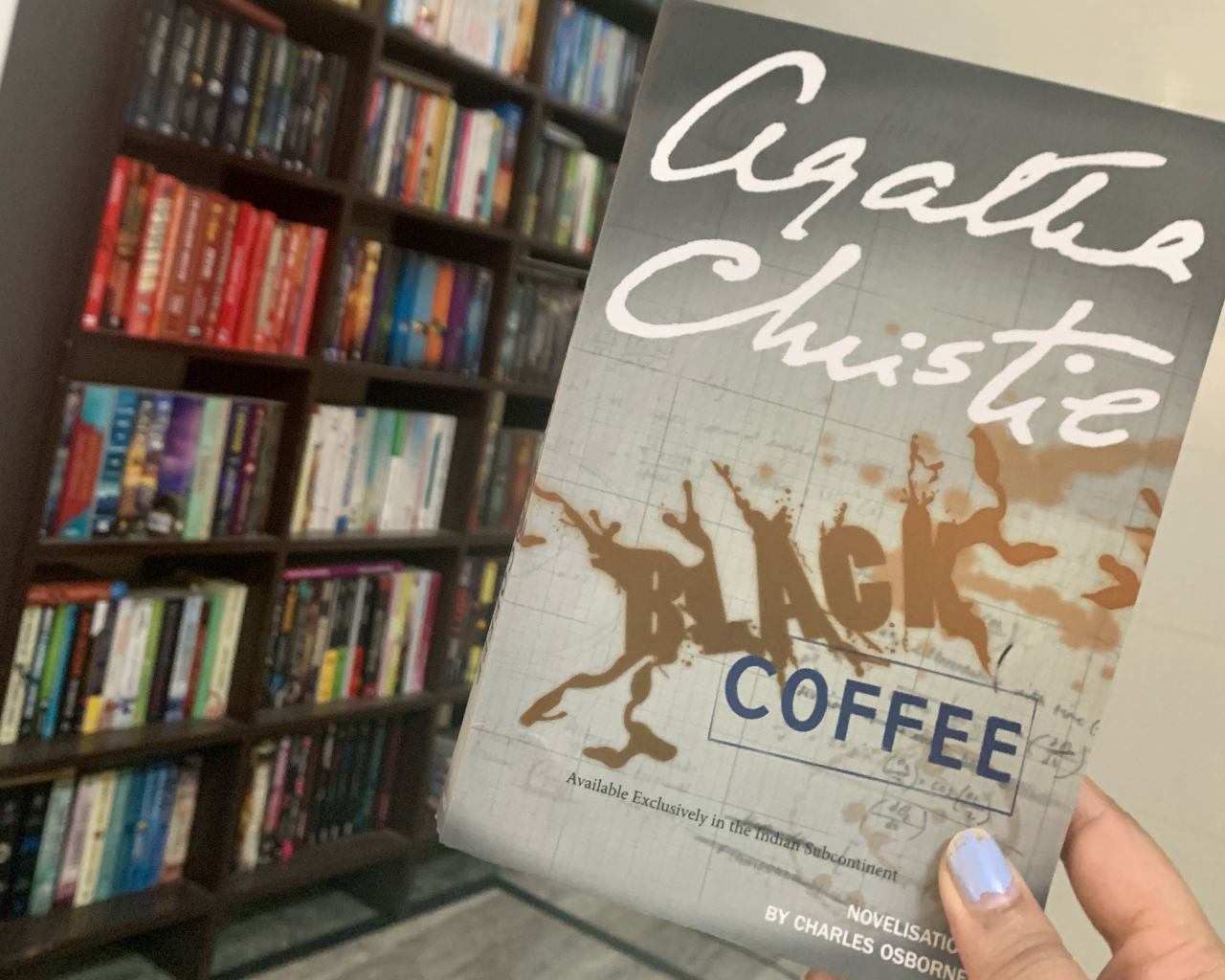 The Story of The Black Coffee by Agatha Christie

Black Coffee is a murder mystery, like most of the Agatha Christie books. What happens is that a precious formula of Sir Claud Amory, a scientist is stolen. He informs the Belgian detective Hercule Poirot about it & invites him to investigate this issue. Meanwhile, he also locks everybody he suspects inside a room & gives them one last chance to save face… to riuppppppeturn the formula in the dark of the room. What happens is a murder. Who was the murderer? Who stole the formula? Are these the same people? How will Poirot find out? That’s what Black Coffee is about.

Well, it’s just predictable. I wouldn’t say that about any other Agatha Christie book I’ve read till date. I’ve read 10+ of these. Of course, you suspect many but to know who’s the murderer from very early on… that has happened with just Black Coffee. Clearly, my experience was hit right at the point.

Most of the events in this plot happen in this one room… which makes sense as this was a play originally. It wouldn’t be possible to have so much changes of the set. This was actually interesting to see how the story happens in mostly one place… Agatha has written books like these that have gathered much love like the murder on the orient express that I loved and And then there were none that I didn’t like so much.

But this particular one… maybe, it was the writing or the plot itself that gave away any mystery that this book could’ve. It was just not entertaining. The acts and the scenes seem quite obviously placed to move around your attention. You know instantly that this is just a diversion to make it seem like this person could be the murderer but it just didn’t work this time like Agatha makes it work.

There’s a small cast. There’s the scientist – Sir Claud Amory. There’s his son and his Italian wife. There’s his sister and niece. There’s his assistant and an unexpected visitor. One of them is obviously a murderer and possibly the same person is the thief of the formula.

I actually like Agatha’s characters almost all of the times. Each come with interesting traits and sometimes, even more interesting storylines. From this story, I like the Italian wife who plays the role of a nervous outsider in the family well while niece is the outgoing rebel that adds the old English flavor to this book.

Then there’s Poirot and Hastings… having loved Hastings in quite a few Hercule Poirot books, I always miss him when he’s not there. He plays the role of a sidekick well or sometimes, he plays a crucial role in the investigation. I like that. In black coffee however, Hastings… well, he felt not needed. He was there… but I doubt story would have made much of a difference if he wasn’t there. Nor did he have anything to add to this story through the writing style or just the overall vibe of the novel. That’s what I felt of Hastings in this book.

Poirot… so, I’ve been mostly reading the novels in a chronological manner. Every novel brings me something about Poirot. I have even gotten annoyed over how he just keeps all the clues till the end… in his little grey cells. Poirot actually does add a lot to the usual story with his mysterious ways & often, with his little tricks on Hastings. In this book, he does play the role of a good detective but I didn’t like his role much. The chemistry between Poirot & Hastings also seemed to be missing. Poirot was just another character of the book. That’s not the Poirot I know.

So, it’s quite easy to read. Written just like Agatha Christie. In fact, you’ll notice Charles Osborne has added quite a few touches from various Agatha Christie books… the way he analyses something or some comment on a character or just for the setting. All those observations and little additions came from what Agatha would’ve usually said. So, that familiarity was pleasing but also felt slightly overdone.

I did like what the niece of Sir Amory adds to the story… the character she adds to the book with her views and chats actually made this book better, according to me.

Overall, it’s a predictable mystery novel… which when it’s an Agatha Christie book that relies a lot on the plot and who committed the murder… well, it’s a disappointing thing that it was predictable. I did enjoy it, it was a quick read but would not recommend it to you.