Apocalyptic movies? The movies where the world is ending. There are also disaster movies, where an epic disaster hits the world. Here’s the list of the ones I’ve watched, what they’re about and how I found them.

Also read: Apocalyptic T.V. shows you must check out! 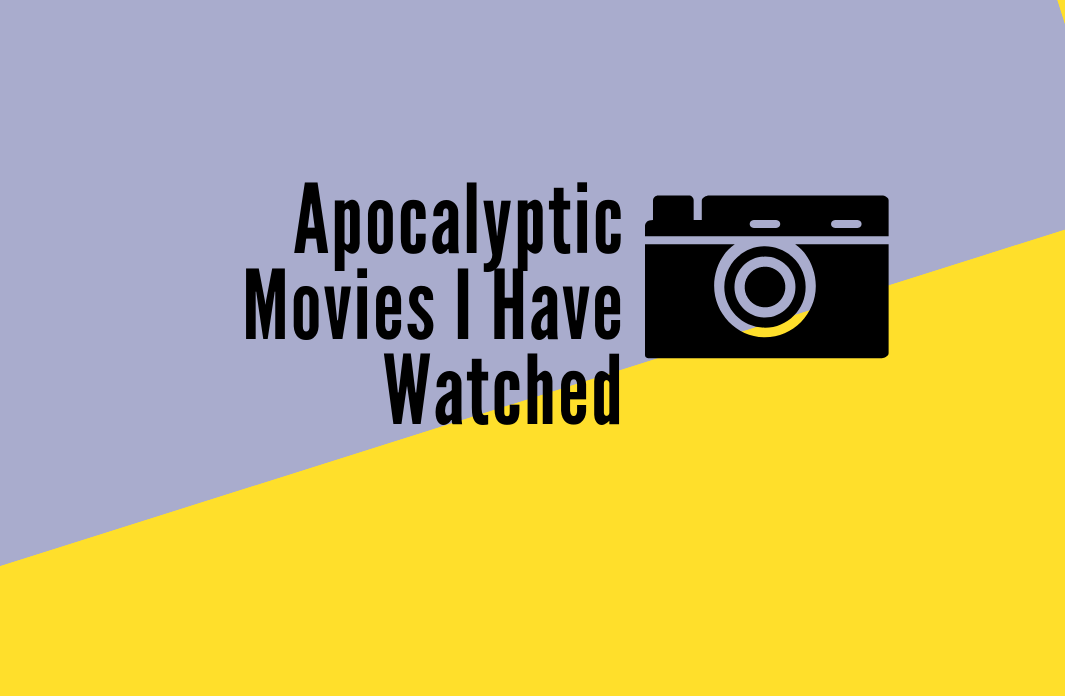 1.World War Z: It has Brad Pitt. It’s a movie about a deadly virus that is spreading all across the world. Starts with a bang! Keeps you on your wits. Actually a very nice movies. It was released in 2015.

3.San Andreas: A massive earthquake hits the city & The Rock gotta go save his daughter!

4. I Am A Legend: Will Smith is the last man on this post-apocalyptic Earth & he still hasn’t lost hope. He believes he can find a cure. Will he? Out of the above-mentioned movies, this will be my least favorite, for I found it beautiful but there’s comparatively less action in the movie and more emotion. Well, that’s not a bad thing at all. In fact, a lot of people may love it because of just that, but I found it okayish.

5. In The Storm: It’s shot in documentary style, documenting a bunch of people trying to make a movie about a weird massive tornado, while there’s a family that finds itself in the middle of all this. It’s good. It has that girl from the Walking Dead.

6. Bird Box: It’s one of the most popular apocalyptic movies of 2018. Starring Sandra Bullock, it features a weird element that drives people mad & Sandra Bullock finds herself in the middle of this and has to find her way to safety.

9. How it Ends: A mysterious disaster has happened in Seattle. All communications have been cut off. In the midst of this disaster, there’s a pregnant woman. The father of her child is in Chicago when this happens. What follows is a dangerous road trip – of the woman’s boyfriend and father to reach Seattle. I actually really liked this movie, as compared to several apocalyptic movies I have watched. This is good.

10. The Silence: There are bat-like creatures who are set loose when some scientists dig into an old place. These creatures eat you up if you make any noise. In this crisis, we have a family that has learned to be comfortable in the silence, as the daughter of the family is deaf. The movies follows an excellent cast trying to get to safety in this apocalyptic situation. It’s again really nice to watch.

11. A Quiet Place: It’s actually a very hit movie, almost similar to the concept of The Silence. You have creatures that attack you when you make any noise. You also have a family trying to stay quiet. But would they? I personally prefer The Silence over this movie, but if you’re a fan of apocalyptic movies, you might want to watch both.