“A good book is more than just a well-written story. A good book is a treasure trove of humanity so that no matter how often you open a page and start reading, there is still something new to be discovered.” – Unknown

Antique Forgery by Eileen Harris is one such book. After reading the first book in this series – Antique Magic, I was totally gushed to read this second book. This book revolves around Alicia Trent who is an antique dealer and co-owns a shop by the name of Eclectic Treasures in Scottsdale. 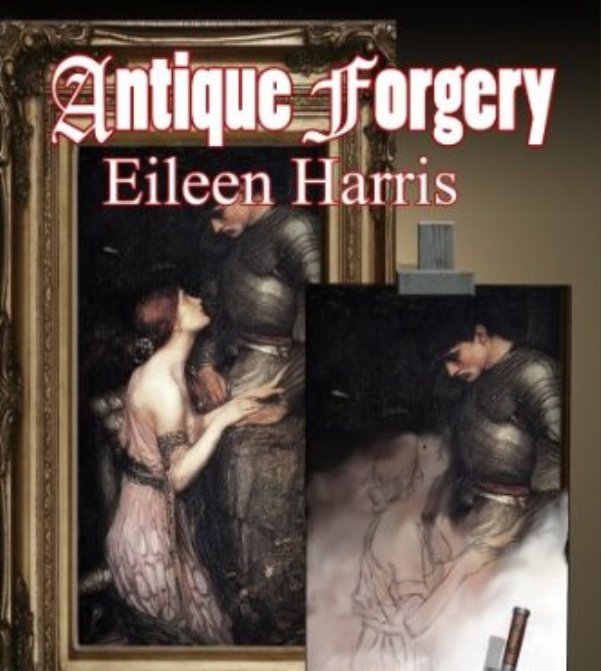 What is in the book – Antique Forgery?

The book is about friendship, trust, magic and betrayal. As Alicia, an antique dealer, arrives in Pennsylvania to appraise the antique jewellery collection of Olivia Knox, she is worried about the prediction made by future clock. She tries to stop the inevitable but fails to save a friend from dying. She finds more people dying and secrets getting unveiled. Will she be able to unmask the murderer and the reasons for the same?

The Book Antique Forgery is the second book in the series. Here’s a recap of what happened…

Alicia who is an antique dealer had to appraise the antique jewellery collection of Olivia Knox. Olivia died and her huge rambling house near Somerset, Pennsylvania was inherited by her sister, Janice. Janice was a friend of Alicia’s mother and has been there through their thick and thin.

In Antique Magic, Alicia discovered two magical things. The first was a thick glass bottle that looked like the glass part of an hourglass but had three bubbles rather than two. This bottle had the ability to answer questions, but only if the right question were asked at the right time. The second item looked like a beautiful small bedroom clock, with three gold knobs on top and rubies surrounding the face, Alicia called it a future clock. It predicted specific events that would occur in the future. It only predicted for the dates it chose and only gave certain information.

This future clock was the underlying for her apprehension about the upcoming job. The future clock had predicted that she would find a friend’s body on February twelfth in Pennsylvania. A second prediction for a few days later had merely said to look behind a certain brick in the fireplace. Whose death is Alicia trying to stop? More bodies are dropping around her and secrets are getting unveiled. Alicia stands a chance to lose people who are closest to her as she tries to find the truth.

All the characters are interesting and believable. Janice seemed to be very sweet but she took a total u-turn whereas Arthur was different yet unexpected at the same time. As expected, Barry, Nick and Lawrence were heir from the first book of Alicia Trent mysteries and this time they were even better. I liked the loving, caring as well as smart personality of Nick. Lawrence and Barry have been true friends for Alicia and were wise enough to handle everything. I was wondering that I will miss Naomi in this book but Miss Harris had Laudine here to keep my taste buds excited. Though Alicia is not a detective either by profession or choice, but she constantly finds herself in a situation which requires to test her investigating skills.

To say that the book is fast-paced is an understatement! The plot was intriguing and story a page-turner with twists and turns that will keep readers engaged. The writing style is very simple like her last book with everyday language used by Miss Harris to describe the events. She has a knack for keeping the pages turning. Every time I was going to put the book down to do something else, the next sentence would catch my eye and I would keep reading.

I thoroughly enjoyed this book. There were another two predictions made by the future clock in this book. So, I am totally charged up to read the next book of Alicia Trent Series. For those who believe in magic or want to read mysteries, this book is for you.

Ratings : 4/5
The Review is a part of book review tour hosted here: LINK