Paulo Coelho – he is a writer who actually made me keep up the habit of reading books when I was ready to drop all of it. I remember how I picked up Brida because I didn’t want to get bored in a 5 hour long journey by bus. And that book did more to me than I could have ever expected… 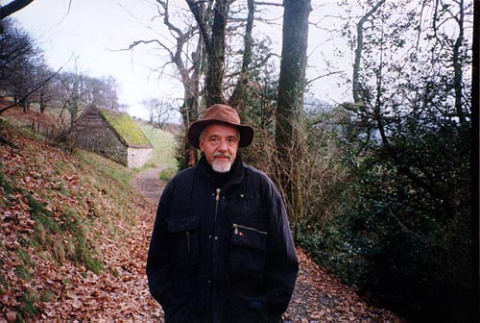 1.He went to a mental asylum: When Paulo Coelho told his mom that he wanted to be a writer and expressed his views of not following the ‘traditional path’ of living a life, his parents got worried and got him admitted to a mental institution. He was 16 at that time and tried to escape three times until he was finally released at 20.

3.He was a hippie: Obviously, the law school thing didn’t work and that was when Paulo Coelho decided to do something which all of us long for doing one day – travel. He travelled to countries like South America, Europe and North Africa as hippie until writing happened.

4.He worked in a number of professions: Before taking up writing full time, he had worked as an actor, director and a lyricist.

5.He has been to jail: In 1974, he was put behind the bars because of his lyrics which fell under “subversive” activities according to the government.

6.His first book failed miserably: His first book wasn’t a success. Hell Archives, which was published by his own publishing company couldn’t make a good impact on the readers

7.He hated his second book: Paulo Coelho did a lot of efforts to take the copies of his second book off the shelves because he thought it wasn’t of ‘good quality’.

8.The Alchemist got popular because of Brida: Many won’t agree to this but it is a fact that the sales of The Alchemist started rising after Brida was released in markets. And I feel so proud of this fact. Brida deserves a lot more attention than the other one.

9.He is a magician: Of course, he was jailed for being associated with ‘magic’ and occultism and he does do magic with his words but there are sources that claim that Paulo Coelho actually got into this profession for some time. Whether this is a fact or myth, this can be clarified only by Paulo Coelho himself.

10.He has a book ritual: Paulo Coelho writes almost one book every two years but he says he actually gets the ‘sign’ that it is time to write another book. So, whenever he finds a white feather (some say in January of an odd year), he begins with a new book.

11.The famous Om Shanti Om dialogue is actually his: Whole India went crazy of the hindi version of this dialogue but let’s see what Shahrukh Khan’s fans say when they come to know that this dialogue – “And, when you want something, all the universe conspires in helping you to achieve it.” is actually of Paulo Coelho.

Did you enjoy reading these amazing things about your favourite author? If yes, don’t forget to give us a shout out and let your fellows know about this.